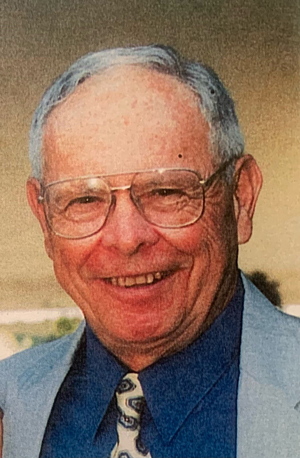 Born January 2, 1937 in Flatbush, Brooklyn, NY, he was the son of James A. Murphy of Brooklyn, and Agnes Dunn Murphy of Great Barrington, MA.

Mr. Murphy was a 1954 honors graduate of Midwood High School, Brooklyn, where he was an accomplished athlete on the track, swim and cross-country teams. He received his B.A. in 1958 from Williams College and his Juris Doctor degree in 1961 from Albany Law School. While at Williams College he was on the track and cross-country teams. In addition, he had the franchise for the delivery of the New York Herald Tribune on the entire Williams College campus. At Albany Law School he was a member of Law Review as an Associate Editor and also worked at the NYS Legislature for Senator Greenberg from Brooklyn.

Upon graduation he moved to Saratoga Springs where he practiced law with Joseph P. Duval and U.S. Congressman Carleton J. King. The firm of King & Duval later became King, Duval & Murphy. Mr. Murphy was instrumental in rejuvenating the Saratoga Springs Jaycees of which he became President. During his tenure he was the prime mover in bringing the Bog Meadow Winter Supply Pipeline to fruition. He was also a member in 1965 of the Saratoga Springs Zoning Board of Appeals. Mr. Murphy ran for and was elected Mayor of Saratoga Springs in 1965. At that time, he held the record for being the youngest Mayor ever to be elected in the State of New York. He was re-elected in 1967. It was through his efforts that one of the first McDonald’s in the U.S. without the “golden arches” was built in Saratoga Springs. He continued to practice law with his father-in-law, Carleton J. King, until Mr. King’s death in 1977. During Mr. King’s 14 years in Congress, Mr. Murphy was the Congressman’s District Representative. Mr. Murphy sold his law practice in 1982 and then continued a limited selective solo law practice.

During that time, he was a part-time law clerk for the Essex County Court and also was Town Attorney for the Town of Greenfield until December of 1993. He continued with the Town of Greenfield as Attorney for the two-million-dollar Urban Development Action Grant Fund until December of 2005. During this same period, he obtained approval for the 185-lot subdivision in Wilton known as Estates at Northern Pines of which he was part owner. In addition, he was instrumental in bringing to fruition the Excelsior Park Development at Exit 15 in which he was a part owner which encompasses a Marriot Residence Hotel and two buildings of condominiums.

Mr. Murphy was very active in the Saratoga County YMCA serving on numerous committees from 1975 to 1977. He was also the Saratoga County Coordinator for the 1976 Governor’s campaign of Senator James Buckley and a Republican Committeeman for ten years. In 1999 he was appointed as a member of the initial Client Advisory Council of the Fam Value Mutual Fund of Cobleskill, NY and served for two years.

He was a member of the Ancient Order of Hibernians, the Benevolent and Protective Order of Elks, the NYS Bar, the NYS Trial Lawyer’s Association, the NYS Defender’s Association, the Saratoga County Bar and Massachusetts Bar Association. He was also active in and a communicant of St. Paul’s Roman Catholic Church in Rock City Falls and in the winters at St. Patrick’s in the Overseas Territory of Montserrat in the West Indies. While on Montserrat he led hikes into the interior mountains on a weekly basis.

Due to the Covid-19 pandemic there will be no calling hours. A private ceremony will be held at William J. Burke & Sons Funeral Home in Saratoga Springs. Interment will be in the Middle Grove Cemetery near his home at Lake Desolation.

Following his graduation from Williams, as he felt strongly about the quality of education and financial assistance he had received, he established and funded the Murphy Family Scholarship Fund. The Fund provides financial assistance to worthy, qualified students from Brooklyn who would like to attend Williams College. In lieu of flowers, contributions, which are tax-exempt, may be sent to the Murphy Family Scholarship Fund, Williams College, Williamstown, MA 01267.

Arrangements are under the direction of the William J. Burke & Sons Funeral Home, 628 N. Broadway, Saratoga Springs. Online remembrances may be made at burkefuneralhome.com.

More in this category: « Patsy Ann Tompkins Ann B. Whippen Argentine »
back to top