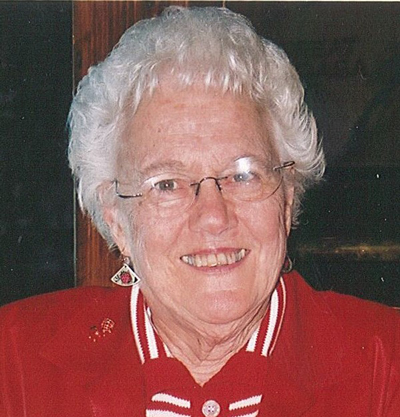 Born 9/20/1933, she was the daughter of the late Edward A. and Irma C. (Gorham) Putnam. She was class secretary and graduate of Saratoga Springs HS. She began employment in 1951 as a secretary with the former Leary and Fullerton law office, the Carroll, Amyot and Doring firm, returning to the Leary, Fullerton, Ford and Aussicker law practice and then Ford, Jones and Hogan. In 1972, Pat worked in Saratoga Springs City Hall as secretary to three former city mayors, the late Sarto J. Smaldone, Raymond Watkin and Ellsworth J. Jones, retiring in 1990.

In addition to her voracious interest in photography, Patsy enjoyed participating with many lifelong friends in bowling, golf, bocce, traveling, senior citizens bus trips and attending the Saratoga thoroughbred racing season and summer events. A lifelong member of the Church of St. Peter, she was a former board member of the Saratoga Springs Federal Credit Union, the old Firecracker Bowling league and the local ladies golf league.

Her family and friends are grateful to her former neighbors, the staff at the Home of the Good Shepherd in Malta and to the entire professional caregivers/employees at Wesley Health Care Center. Your sincere kindness, professional demeanor and friendship in caring for Patsy was unsurpassed.

Services will be postponed until spring (to be announced). At that time, a Mass of Christian Burial will be celebrated in the Church of St. Peter and burial will follow in the family plot at St. Peter’s Cemetery.

Memorials may be made in her name to the Church of St. Peter, 241 Broadway or Catholic Charities, 142 Regent St., Saratoga Springs, NY 12866. www.burkefuneralhome.com

More in this category: « Richard A. Jones James A. Murphy, Jr. »
back to top