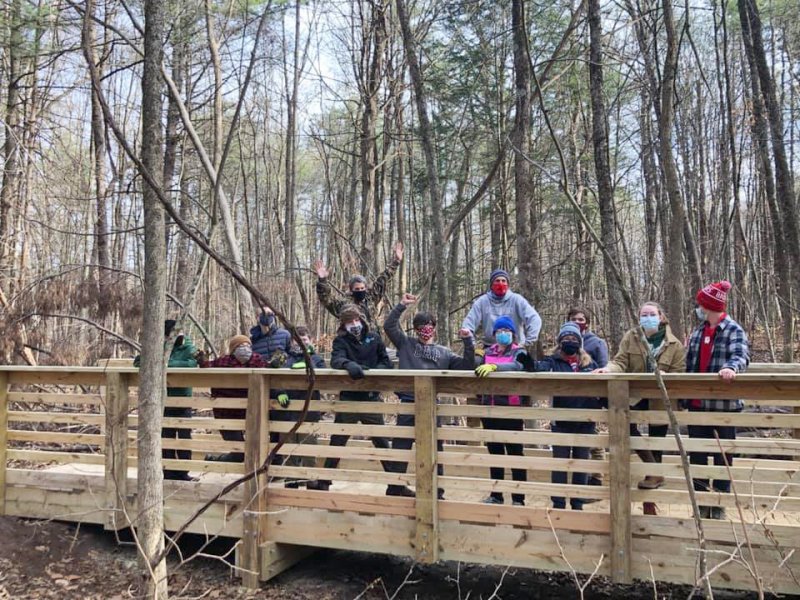 Over the course of two weekends in November the bridge went from a plan to a fully functional completed bridge. This is the second Eagle Project completed in conjunction with Moreau Lake State Park in the past two years.  The other was Evan Schmid’s project of rebuilding a lean-to within the park that was completed last year.

Additionally, both the Boys and Girls Troops did a fall clean-up at Dorothy Nolan Elementary school, and also helped a few seniors in the area with their clean-up earlier this fall. The Boys Troop also collected items from the community for the Adopt-a-Soldier program and helped package the items for soldiers deployed around the world.

More in this category: « A Convoy for Tots 2021 Town of Saratoga Calendars Now Available »
back to top