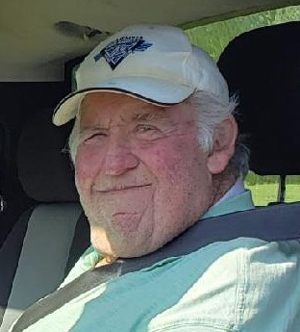 SARATOGA SPRINGS — Edward Nelson Ramsey, 76, known to friends as “Sonny,” passed away on September 7, 2020 in his home.

He was born on February 11, 1944 in Saratoga Springs to the late Edward and Ruth Ramsey. In 1964 Edward enlisted in the US Navy where he specialized in sheet metal work. During his naval career Edward received a National Defense Medal, and later transferred to the naval reserve manpower center in Bainbridge, Maryland. After the navy Edward worked as a heavy equipment operator and also became a certified security guard. Edward was an avid hunter and fisherman. He could often be found leaning on a tree in the woods, fast asleep. He had great pride in teaching his family his outdoorsman skills.

In addition to his parents, Edward was predeceased by all of his siblings, John Ramsey, Yvonne Dowen, Shirley Loya and Janice Brueckner, also his significant other of many years, Luella “LuLu” Jacques and baby Mark Edward Ramsey.

He is survived by his dog and best friend “Chewie,” several nieces, nephews and great nieces and nephews, grandchildren from extended family and son Corey Ramsey.

A private service with military honors was held at the North Milton Cemetery on Thursday, September 17, 2020. Arrangements are under the direction of the William J. Burke & Sons/Bussing & Cunniff Funeral Homes, 628 N. Broadway, Saratoga Springs.

Login to post comments
More in this category: « Elizabeth Carroll  David A. Wasser »
back to top