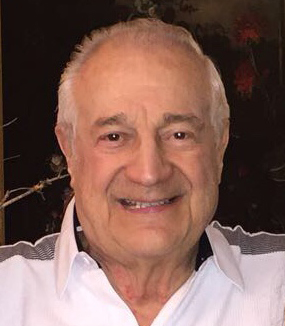 Throughout his life he enjoyed reminiscing about the old neighborhood and cherished his life-long friendships. He was known by his childhood friends as “Fuzzy” and later also as “Doc”. He enlisted in the army in 1946 and after discharge in 1948, completed his GED. His initial college degree in 1951, was in education from Kent State University where he taught school in the Youngstown area. He married the love of his life, Joan Vivian Seese, on 10/12/1957. His lifelong goal was to become a physician, so he taught school during the day and returned to college in the evening to complete premedical coursework needed before applying to medical school. He was accepted into the class of 1963 at Kansas City College of Medicine and Biosciences. He interned in Flint, MI, from 1967-1968. After his internship in 1968, he returned to Campbell, Ohio to start a medical practice. Shortly after opening his first practice, he opened a second location in Youngstown, Ohio and continued to work both locations by himself for several years. He was a devoted physician who loved his patients. Also, during most of his years in medical practice he served simultaneously as the Health Commissioner for Campbell, Ohio. Additionally, he served as Mahoning County Coroner. He belonged to many organizations, and he was very proud of being a member of the Knights of Columbus, 3rd order, #3813.

He will be buried at Gerald B. H. Solomon Saratoga National Cemetery in Schuylerville, NY, alongside his wife.

Login to post comments
More in this category: « Richard E. Dunn Amelia Ives »
back to top