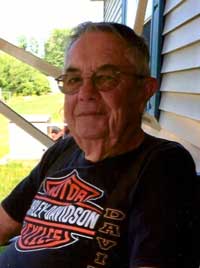 GANSEVOORT — William U. Winters, 85, a resident of Shelly Park, passed away Tuesday, January 14, 2020 at Saratoga Hospital.

Born May 28, 1934 in Elmira, NY, he was the son of the late Ulmont and Pauline Kuryla Winters.

Mr. Winters was a graduate of Elmira Free Academy in 1952 and was a US Army Veteran serving 1954-56. He had worked for NYS Corrections and then retired from NYS Department of Transportation in Saratoga Springs in 1989. He was a member of Old Saratoga Post #278 American Legion in Schuylerville and the Harley Davidson Owners Group. He enjoyed the outdoors, snowmobiling, motorcycling, boating and traveling the East Coast with his wife on his Harley Davidson.

In addition to his parents, he was predeceased by his sister, Lorraine Yole.

Friends may call on Friday from 11-12:30 p.m. at the funeral home prior to the service.

Memorials can be made in his memory to the Gansevoort Fire Dept., the Moreau Emergency Squad or the charity of one’s choice.

Online remembrances can be made at www.flynnbrosinc.com

Login to post comments
More in this category: « Frank C. Ruggeri  Diane Famiano »
back to top