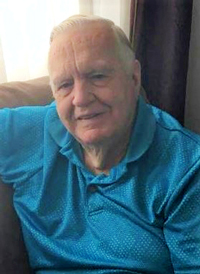 BALLSTON SPA — Paul F. Darling, Sr., 84, passed away peacefully on Sunday, December 1, 2019 at his home, surrounded by his family. One of eleven children, he was born in Utica, NY on December 14, 1934, to Gerald and Ruth Darling. He proudly served in the US Marine Corp and was a veteran of the Korean War.

Paul worked for UPS for 32 years, retiring in 1991. He was a member of the Korean War Veterans Association Chapter #60 of Glens Falls. He enjoyed hunting and fishing. He treasured his family and spending quality time with them was his greatest joy.

Memorial contributions may be made to Community Hospice of Saratoga, 179 Lawrence Street, Saratoga Springs, NY 12866.

Login to post comments
More in this category: « Garrett Samuel Smith Donald Brackett  »
back to top