Thursday, 02 May 2019 00:00
By Grace Alberti, SMARTACUS Creative Group | Lifestyle
At Caffè Lena, Sarah Craig strives to take audiences
'Below the Surface of Life.'
“When I was a kid growing up, I never thought that I would have a career. I somehow thought I'd be able to get away with not working. I thought maybe I'd be the Queen of England. So, I never really had any interest in making money or having a career, but I did have a very big bundle of energy for trying to make good things happen in the world.”
Thus began my interview with Sarah Craig, our local ringleader for the arts. Meeting in a cozy little café in downtown Saratoga Springs, just a block or two up from her usual haunt and handiwork, the eminent Caffè Lena, we sat down over two cups of tea to spin the yarn.


Caffè Lena is the oldest continuously operating folk music venue in the nation, having housed such mythology as Bob Dylan and Arlo Guthrie. Since its beginnings in 1960, the Caffè has been a home for music, magic, and ghosts, operating out of a 19th century boarding house in Saratoga’s historic downtown. In 2016, the aging establishment underwent a $2 million renovation, creating the much healthier, 100 percent handicap-accessible performance venue music lovers delight in today.


Following the passing of founder Lena Spencer in 1989, the organization had found itself in an administrative kerfuffle, seeking a life without its heart for the first time in its 30-year history. After several years of part-time managers and volunteers, the Caffè was in need of fresh impetus. In 1995, Craig became the organization’s first executive director, putting the Caffè back on its feet, and running too.


Craig had never wished to work in the art world, at least not at first. Of course, having spent her childhood years noodling around on various instruments, she had a deep love for music, but she considered it no more than a hobby. Craig gravitated instead toward something more tangible


She earned her B.A. in psychology and women’s studies from the University of Vermont, leaving her, in her words “basically unemployable.” She moved to Boston, entering into the world of grassroots activism. Here she began working for VISTA, more commonly known as the domestic Peace Corps, as well as for the Massachusetts branch of Peace Action, a nationwide, grassroots citizens lobby. Following the collapse of the Soviet Union, the organization known for its advocacy of nuclear disarmament had found itself shrinking, and in the process Craig become the Executive Director.


A freshly married Craig left the state of Massachusetts after several years of service and fled a little closer to her Manchester, VT hometown, right over the border in the heart ofupstate New York. Enter a consequential day: amidst job searching in her new locale, Craig picked up a copy of the daily paper, the Saratogian.

“I was sitting at a local diner in Salem, looking through the classified ads,” she told me, “and here was this little ad that said “Nonprofit Arts Organization Seeks Full or Part-Time Executive Director.’” And with the flip of a page, Craig had stumbled upon the community that would envelop her for the next 25 years of her life.


She told me stories from the next decades, things that just floated to her mind, one of these being how she observed the granddaughter of Woody Guthrie start her music career in the Caffè, then her marriage, and then her family.

“Just to be able to see someone's life evolve like that meant a lot to me,” she said. “I remember one day where I brought out a basket of toys for her kids to play with in the dressing room while their parents were up on stage, and I go back to check on them, and everything is spread out all over the floor, just toys everywhere. I thought, ‘These are Woody Guthrie's grandchildren.’ That's amazing to me. That's such a piece of American history.”


She told me of the songwriting duo Lowen and Navarro who frequented the Caffè in the 1990s and 2000s. She told me how after years of playing the Caffè, Eric Lowen took her aside before the sound check and confided to her that he’d been diagnosed with ALS. She was the first person he told. As his disease progressed, she watched Lowen come back using crutches, and then a wheelchair, carried up the Caffe’s narrow stairway. She watched him lose his ability to play. And then one day, he couldn’t come back. He passed away in 2009.

“You do get close to people,” she told me, "Art is all about being unguarded and opening up your inner emotional life to people. It's one of the most demanding things that you can expect of a human being.”


It is that very concept that defines the importance of the Caffè. It is why the venue feels so current despite its almost 60-year life span. It is why so many, including Craig, are dedicated to its maintenance and growth.

“I see music as the tool that we use rather than the end-product,” she said, “The end product that I’m trying to create is new friendships, harmony between people, getting people to see below the surface of life, getting people to wake up their emotions. On the surface it looks like I’m running an entertainment venue, but I’m actually trying to accomplish much more than that. And I think that people feel that. I think that the Caffe has always been that.”


In a time where political divisions have put humanity on hold, the necessity for art has risen through the roof. In the coming year, the Caffè is focusing on accessibility and community service.

“We're trying to get outside of our four walls and get the music out to people who would not otherwise be able to experience live music,” she says. Creating a live streaming option, varying genres and the prices of performances, and staging 60 shows out in the community, including schools, soup kitchens, and nursing homes, are all means to this end. Her work continues, as does its magic.


In the coming months, you can expect to see the same quality of performances, but with the expanded house size comes even more intriguing acts. If you’re inkling for something more rootsy, duo Degroot and Hargreaveswill be exploring the boundaries of Appalachian stringband music in early May. Or perhaps you’re looking for something more traditionally at home in the Caffe: this May, Caffe Lena is holding a Pete Seeger Centennial Celebration, hosted by music writer Jesse Jarnow. The event will feature live music by banjoist Richie Stearns, who performed with Seegeron multiple occasions, and folk fiddler Rosie Newton. The event is free, but reservations are highly suggested.


As I watched Craig head back up Phila Street, back towards the Caffè, her final words to me banged around in my head.

“I think that in order to be a whole human being, you need to be intellectual, you need to be emotional, you need to be open and curious, and I think that the very fact that art has just always been a part of the human experience tells me that it's one of those essential elements. It's just everything that we've talked about. People find understanding through stories. They don't tend to find understanding through pie charts and bar graphs. To my way of thinking, it's just desperately needed in the world right now, because so much of what we're seeing is people just defining everyone who's not like themselves as garbage. Through fear, through ignorance, through whatever. It's part of being a human being. It's hard to express though, isn't it?” 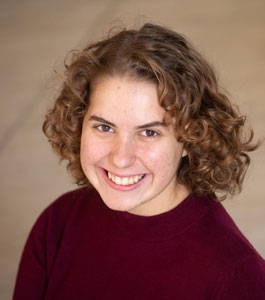 More in this category: « Maggie Fronk: A Passion for Big Challenges Murray Penney: 'I Want Everything to Be Quantitive' »
back to top