JON DORFLINGER: Creating a Community of Artists Through Film 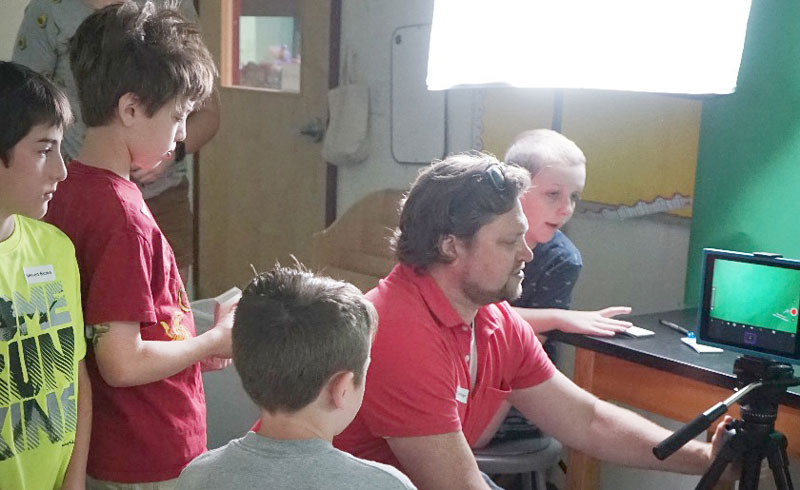 JON DORFLINGER is waiting for the stars to align.

Whether he’s teaching full-time in Ballston Spa, running his Saratoga Film Academy, or spending time with his two daughters, his hands are always full as he’s looking for his next big step.

At age 11, Dorflinger became intrigued by his family’s video camera and started experimenting with “motion pictures.”

“I would make silly videos parodying SNL sketches, commercials and music videos,” he recalls. “When I started 10th grade at Saratoga High School, there were no media or film classes. There wasn’t even a photography class. I would satisfy every class assignment could by making a video.  I was hooked and found my passion.”

After graduating from SSHS in 1996, Dorflinger dove further into film and media at St. Michael’s College in Vermont, where he landed an internship at a CBS affiliate. He  covered local sports and got a gig as a freelance reporter for the Burlington Catholic Diocese’s public access television show, experiences he credits his professors with helping him to get.

After graduating from St. Michael’s, Dorflinger freelanced in Thailand for nine months, producing several video projects for various American mission groups and the local college there, Payap University. “I was thrown out in the wild and learning on the fly.”

“Thailand had a huge part in shaping my world view and understanding who I am as a person,” says Dorflinger. “It was the most important learning experience of my life.”

After his adventure in Thailand, Dorflinger entered the University of Southern California’s USC’s summer filmmaking program to build his portfolio as a director for USC’s MFA program in film. Upon returning home, he learned that director Gary Ross was coming to Saratoga to shoot Sea Biscuit and would be hiring locals to assist.

The portfolio of work he had assembled at USC made him stand out. “I was hired on the movie and my Hollywood career started,” he says.

Over six years, he worked with some of Hollywood’s biggest names — such as Steven Spielberg, Tom Hanks, Catherine Zeta-Jones, and Bradley Cooper — while assisting in the production of such films as The Terminal, Team America, and Memoirs of a Geisha. After working for two years at Warner Brothers and working for writer/director Tom Brady, he left Hollywood in 2007 to enter UCLA’s Professional Screenwriting Program and start writing scripts.

After writing three films, Dorflinger decided to go into teaching, a route that took him back to USC for his masters in teaching. With that degree in hand, along with two years of experience teaching in LA’s inner city, he returned to Saratoga Springs and confronted the challenge of finding a teaching job in the areas he loved. He got his break at Saratoga Independent School, which commissioned him to launch an after-school program in filmmaking.

“By the second day, the students were asking if they could keep taking the class after the six weeks,” he says. “At that moment, I knew I had something special.”

This was the birth of the Saratoga Film Academy, which since 2015 has served 400 students, offering weekend workshops, film competitions, special screenings, lectures, and film-production programs lasting six to 24 weeks. In the 24-week program, each student individually writes and directs an original short film, even to the point of auditioning and casting actors from the local area.

“Students who have artistic interests don’t have many opportunities to express that side of themselves,” says Dorflinger. “We give kids the opportunity to not only exercise their creativity, but also find their tribe of like-minded creative people. They find a place where they feel they belong, meeting other artists and people with common interests.”

“There are adults in Hollywood who don’t know what their voice is,” Dorflinger continues. “Once you find that voice and harness it, your artistic expression becomes rich.”

Dorflinger sees the academy evolving into an education center and conservatory, as well as a space that offers expertise and resources to grow an amateur and professional artistic community. “A YMCA for artists,”  he calls it.

“I would love to begin exploring and offering programming in VR production, video game design, CGI special fx design, and computer animation. With a growing demand for my production services, I’m currently in the process of separating those services into a sister production company.”

Dorflinger thinks Saratoga Springs has the potential to become a national center for filmmaking and the digital arts.

“Now that we have the ability to produce, market, and distribute video content from anywhere, the need for a corporate Hollywood machine is less important,” Dorflinger notes. “There are filmmakers all over the country and now you can acquire the knowledge, skills and have access to the resources here in Saratoga.”

“What matters most -- above dollars and cents and high end production quality — is quality of the storytelling and writing.  If I can be an influencer to help artists to find their voice and improve their creative writing, everything else will follow.”

The Power of Film and Media

Dorflinger credits his parents as the biggest influencers in his life. “Both of my parents instilled in me a deep empathy and appreciation for life, liberty, and justice. My mother gave me my love for the arts and creative cognitions.  My father gave me a more practical orientation, and a strength in my spirit, mind, and body.”

“Early on as a child and adolescent I witnessed how people responded to my work,” he continues.  “I sensed how TV and film moved me emotionally and influenced my thinking.  I saw the power of film and media on our society, and I wanted to apply it as a positive force in the world.”

In addition to running The Saratoga Film Academy, Dorflinger works with students at Ballston Spa High School, where he has an appointment as Proctor’s Media Arts Teacher. Among releases scheduled for this spring: a short documentary, “Unconditional,” and  a four-part online documentary series about the Saratoga Dance Lab.

He recently started shooting a documentary series focused on the Palmertown Range initiative that Saratoga PLAN and the Open Space Institute are spearheading and is looking forward to soon finishing a documentary about Farmstead Catering, which operates on a 170-acre farm in the heart of the Adirondacks in Essex County.

“I’ll also be going into production on an original screenplay I wrote this year,” he adds.

“Define what it is you want to do,” he encourages his students. “If you’re choosing a path based on financial gain, personal relationships, or personal accolades, you’ll find yourself unsatisfied in life.  When you decide to do that thing you would be willing to do for free and make a career out of it, you will find true happiness. The sooner you can determine your passion and the thing that drives you, commit to it, and the path to success will begin to unfold for you.”

“Between teaching, freelance production, and running my business I have never worked harder in my life, but it never feels like work because I love what I do,” Dorflinger says.  “When you are passionate about what you do, you push yourself harder than you believe you can, work tirelessly to achieve perfection, and always strive to improve and get better.” 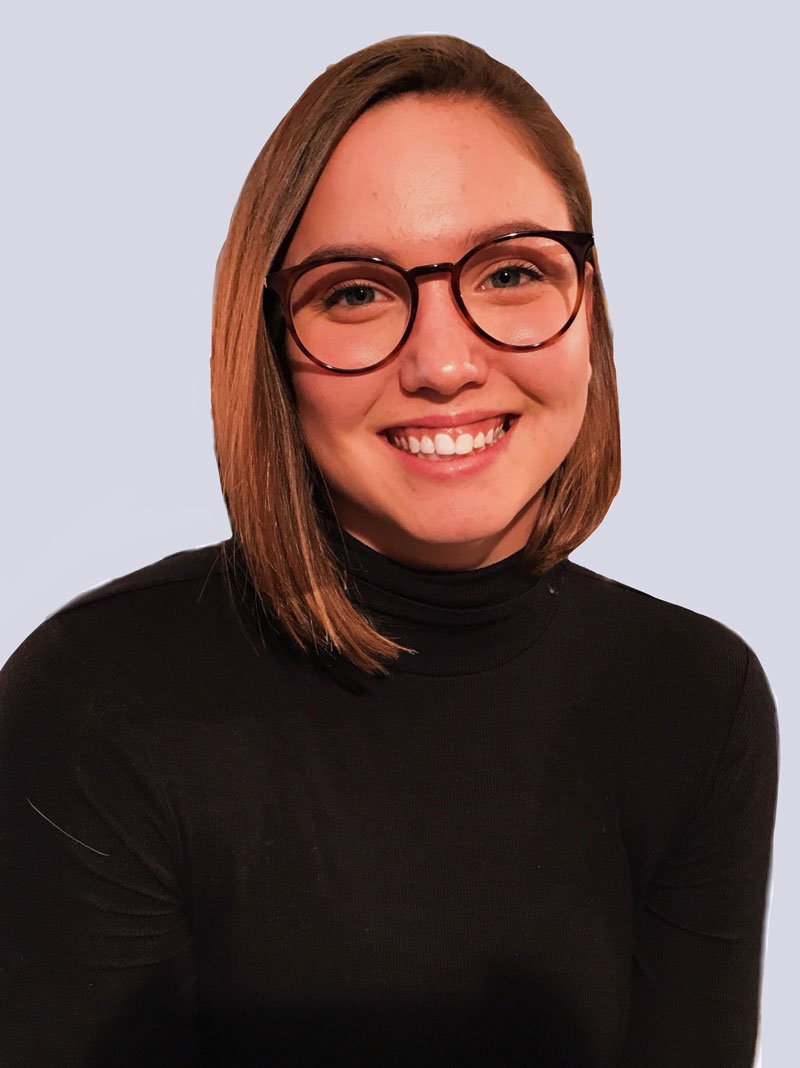 A student-driven communications agency, the SMARTACUS Creative Group is dedicated to the economic and cultural development of Upstate New York.
A junior in Jill Cowburn’s journalism class at Saratoga Springs High School, Emma’s career interests include teaching, physical therapy, technical theatre and design, and psychology.She’s active in swimming, lighting design, and poetry.  “I also enjoy spending time with my cats,” she says.

Read 1652 times
More in this category: « A 'Game Changer' for Saratoga Springs The Calming Grace of Elizabeth Sobol »
back to top