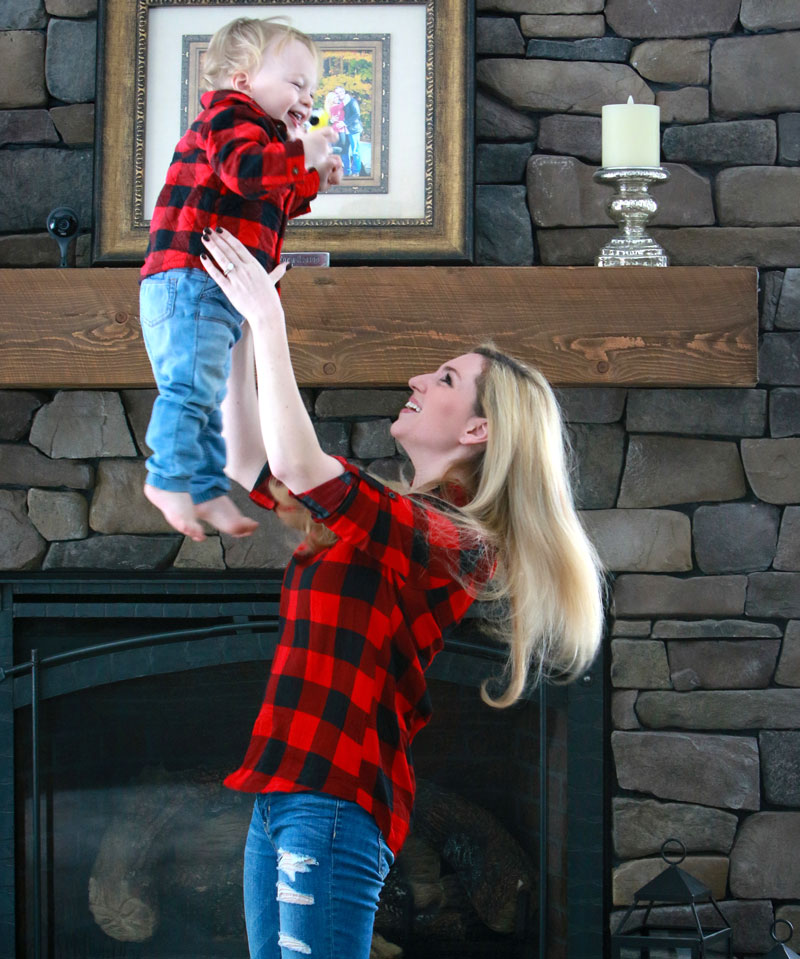 If you’re a fan of how-to parenting videos and tutorials,don’t be surprised if you see a familiar face the next time you’re online. Noel McLaren, the former weekend anchor for News10 ABC, has a new project – a YouTube channel geared toward parents of small kiddos. Noel and I both have toddlers at home, so between requests for more cheerios and another episode of Sesame Street, we found some time to chat about her new vlogging (short for video blogging) venture, life with a 1-year-old, and the many reasons why she loves Saratoga.

Noel and her husband, Rob, grew up downstate, but Noel spent a lot of time at her family’s vacation home in Lake George and always felt drawn to the area. Prior to having her son, Noel worked in broadcast journalism for a decade, crisscrossing the country from Florida to Pennsylvania to Michigan. But then a few years ago, she saw a job posting for the weekend anchor job at News10 ABC and decided it would be the perfect opportunity. Noel was offered the job and since Rob works remotely, the couple was able to relocate to the Saratoga Springs area. Noel says, “We moved up here because we truly wanted to be here, but the job was that extra push that we needed.” She continues, “We especially love living in a more rural area with access to natural beauty and
outdoor activities. My husband really enjoys restoring old cars, so we’ve been able to visit the Saratoga auto museum and take long Sunday drives.” Noel says, “Before we became parents, we would get in Rob’s 64 Volkswagen Karmann Ghia, and drive around and try to get lost.”

A little over a year ago, Noel and Rob welcomed their son, Mac, into their lives. And when her maternity leave was over, Noel geared up to return to the news desk. She says, “After I had my son, I thought for sure that I’d want to return to work. I’m a very driven person.” But after Mac arrived - and three months back anchoring weekends - the reality of juggling an unpredictable work schedule led her to take a step back from her career. It was a tough decision, but one that Noel doesn’t regret.

Noel explains, “In the first moments of my son’s life, the doctor who delivered him said to me that she knows my type of new mom... the one who had a fast paced, demanding career before baby; who thinks motherhood will be a challenge, but one they will surely be able to master. The doctor said she went through medical school and delivered many babies before having her own, but her career was simple compared to raising children. She said motherhood was THE HARDEST but by far the MOST REWARDING job any woman could ever have. Boy, was she right. I will never forget her telling me that.”

Noel continues, “I’ve sat alongside police tape at crime scenes with grieving families, interviewing them about someone they had just lost. I have held politicians accountable. I’ve stood in hurricane force winds and blizzards on live television. I have gotten up when everyone else is going to bed to commute into work. I’ve lived all over the country reporting for different stations; working holidays, weekends, and overnights. It was a grueling 10-year career in the most exciting way possible, but motherhood is the biggest, most important, and best challenge of my life. The stakes are so much higher, and the rewards are so much greater.”

Although Noel is no longer behind a news desk she says the never lost her passion for telling stories. And that’s how the idea behind her YouTube channel was born. She says, “With the YouTube channel, I can combine my passion for video journalism and my son.” Noel says that her goal is to grow the channel to reach people not just in the Saratoga area, but also across the country. Noel explains that she was one of the first of her friends to have a baby and so she learned a lot about motherhood as she went along. Noel says, “I really appreciated access to virtual parenting resources (Instagram accounts, YouTube channels, etc.) in those early days of motherhood and now I want to create an outlet for other new parents.”

Noel says that her goal is to help new parents as well as entertain them. She explains, “I’m not an expert, but I can share the things that helped me.” If you chat with Noel or watch any of her online content, you’ll immediately feel like she’s your real-life mom friend (and who couldn’t use more of those?!).

Watch out, internet, we have a feeling your next star is coming from Saratoga!

Read 1393 times
More in this category: « A Little Girl’s Hope: Medical Marijuana A 'Game Changer' for Saratoga Springs »
back to top