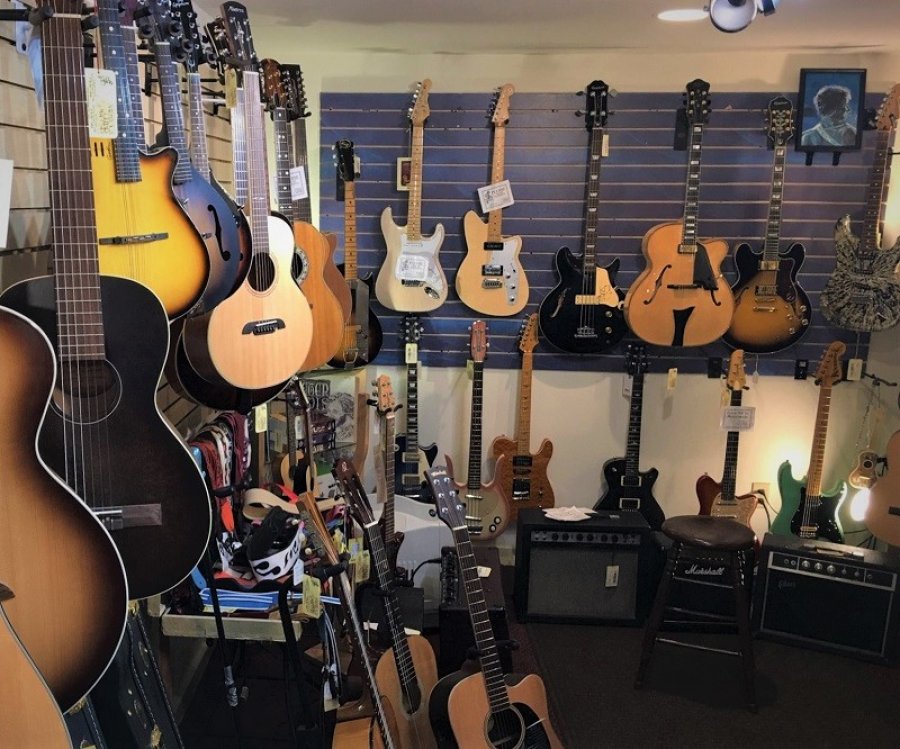 SARATOGA SPRINGS – There was that week in June 1994 that delivered a series of unusual events that could fill a lifetime.

There was Matt McCabe watching his beloved New York Rangers hockey team win their first Stanley Cup championship in 54 years. There was the buzz all along the Caroline Street storefronts among shopkeepers and customers alike as O.J. Simpson slunked in the back seat of a white Ford Bronco, leading a low-speed chase by police through Southern California. There were the freshly printed calendars pointing to a summer season of music in Saratoga, showcasing performers like The Eagles and Peter Gabriel, Phish, James Taylor, The Beastie Boys, and for the first time to SPAC a relatively unknown songwriter named Dave Matthews.

“There was a lot going on and I’ll never forget it,” says McCabe, who amid all the external happenings opened the doors of his music shop for the first time.

“June 14, 1994. Flag Day. I started in a little 160 square-foot hole in the wall space on Caroline Street,” recalls McCabe. “It was my first real business venture. I opened with 48 used guitars and 10 used amplifiers.”

Twenty-five years later, McCabe’s Saratoga Guitar has two locations in the Spa City – at 480 Broadway on the lower level of the Collamer Building next to City Hall, and at 75 Weibel Ave. The sheer number of new, used, and vintage instruments has increased exponentially, and the store has grown to include a plethora of accessories, as well as sheet music, a center for instrument repairs, school band instrumental rentals, and used vinyl records.

For more than 20 years, McCabe has hosted The Capital Region Guitar Show, which draws dealers, musicians and fans from across the northeast.  This year’s event takes place at the Saratoga Springs City Center Oct. 4-5, and as a special addition marking Saratoga Guitar’s 25th anniversary, a free concert will be staged in the upstairs room at the City Center Saturday, Oct. 5 featuring live music and an opportunity for the community to give back to several local non-profit organizations.

His first sale after opening his shop 25 years ago? “I don’t remember specifically. It was probably a couple of picks,” McCabe says with a laugh. “I sold a couple of picks today too. So, pretty consistent!

“Thanks to family and friends I’ve been able to make it work over the years. The city’s been very good to me. The kids were all born here. And the downtown vibe is great. After 25 years, I think I’m looked at as one of the so-called funky stores, the mom-and-pop stores,” McCabe says.

“There are a handful of us still here. Retail-wise today we face struggles with the Internet and with changing technologies, but we’re still here, and we’re still viable. Mom and pop music stores have a very high mortality rate. We are extremely lucky to be in business - and to be here,” says McCabe, who served two 2-year terms as city Finance Commissioner from 2004-2007. He was a popular member of the council and independent of any political party.

“You learn a lot about your fellow citizens and what I learned was how smart I wasn’t. At those meetings when people come up and speak – people from all walks of life and from all over our city – you see how varied our population is. When you listen to the public comments you realize: My goodness, how many passionate people there are; How many qualified opinions there are. And from people out there who are smarter than you. Just because you’re in office, it doesn’t mean you’re smarter,” McCabe says.

“I think If I had any success at all, or if there is any decent legacy as a business owner or as a politician it is that I’m accessible and willing to listen and to be educated. When people have a problem, when things go wrong, how are you going to correct the situation? We’re all going to make mistakes. Things will happen, no matter how prepared you are, and that’s how it was in City Hall too.  You have to learn: How are you going to handle the tougher times and be as fair as possible? It was a life-learning experience for me,” he says.

At Saratoga Guitar, his specialty is buy, sell and trade, new, used and vintage guitars. Given the type of business and the location, McCabe says you never know what you’re going to see in product or in clientele.

“We’ve met some nice people over the years. We had a lot of people this summer stop in. Sheryl Crow’s guitar player, Hutch Hutchinson – who is Bonnie Raitt’s and Jackson Browne’s bass player. Beck stopped in. Over the years we’ve seen Graham Nash and Stephen Stills, John Fogerty. Joe Bonamassa came back in this year. Dave Matthews has always been very nice to us. They come here, they love Saratoga and  they like that they don’t get bothered here. We always take the low key, engage as they want, but you have to know that they’re working people too.”

The Capital Region Guitar Show – one of the longest running guitar shows in the country, takes place Oct. 4-5 at the City Center. Approximately 30 different vendors are expected. From 4-9 p.m. Saturday, Oct. 5 Saratoga Guitar’s 25th Anniversary free concert will be staged at the City Center. The Concert will feature Moonshine Falls, The Rapid River Boys, DIZ, Drew Vanderrhorn, and Matt McCabe & Rick Bolton.  The concert will provide the backdrop for a community fundraiser for five local non-profits. Those organizations include: Wellspring, Katrina Trask Pre-School, Operation Adopt A Soldier, Friends of Music, and Franklin Community Center. Saratoga Guitar requests people attending the free concert bring non-perishable food items for the FCC Food Bank. There will be door prizes in addition to the donated items that folks can take home if they win.

“The concert is free, and the musicians are all donating their services, so were just going to try and make a fun community event,” McCabe says. “We want to give back - that’s always been part of our theme. There are a lot of good organizations in town. We’re hoping to make it a party and we’d like to start making it (the party) a yearly event to work with nonprofits and local musicians, so we’ll see how that grows as we start feeling the next 25 years.”

Dealers from across the Northeast will be on hand to buy, sell, & trade new, used, and vintage guitars and music gear. There will also be a handful of luthiers selling and displaying their handmade guitars. New this year is the exhibit “Les Paul: From Start to Finish.” This exhibit is put on by some of Les Paul’s lifelong friends who bring some of Les Paul’s original equipment and instruments to share with the guitar-loving universe.

The public is encouraged to bring in a guitar or amplifier to show off, trade, sell or have appraised. Attendees receive a discount off the admission when they do so.

Admission:​ $7 with a $2 discount when you bring along a guitar or amplifier to show off, trade or sell. Kids 12 and under admitted free when accompanied by a paid adult.

Neighbors: Snippets of Life From Your Community

Q. When did you first come to Saratoga Springs.

Q. What’s the biggest change you’ve seen in the city in that time?

A. In the last 23 years there have been quite a few changes in the landscape with the high-rises, the condominiums and more storefronts. It’s a city on the move. It’s growing. I don’t think it’s as rampant as some might think. It’s a small city, so the changes are more amplified but the image is there because of the success of downtown.

Q. What are you doing today?

Q. Do you still play guitar and sing on stage?

A. I still do with whoever will have me. I play at the Olde Bryan Inn during racing season with some guitar compadres, and throughout the year I do a host of other concerts, benefits and gigs as they arise.

Q. What brush have you had with fame?

A. Being the business this is and with the bands touring through the years, I’ve had the opportunity to meet and attend a lot of concerts, go backstage and meet many of the artists. You get the occasional celebrity coming to town on their own R&R who stumble in. I remember Sam Shepard the actor coming in. He was very nice.

Q. What did you want to be when you were a kid?

A. A veterinarian. That was all I ever thought of being. That and a baseball player. Everything else happened by accident.

Q. You were city Commissioner of Finance for Four Years. Do you miss it?

A. I love being able to serve the public, but the vacuum gets filled immediately. When you’re in, you’re in. When you’re out, you’re out. And life fills up, so I have that time to miss it. I certainly look back on it fondly. It was a challenge, but it I did my best and I thoroughly enjoyed working for the people of Saratoga Springs. 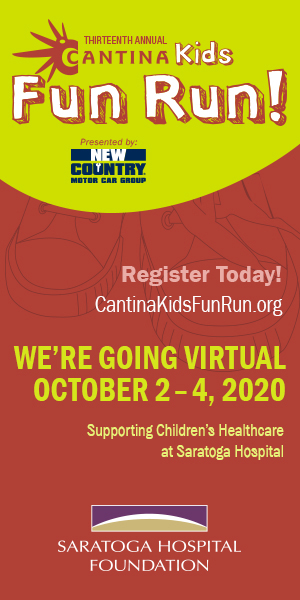 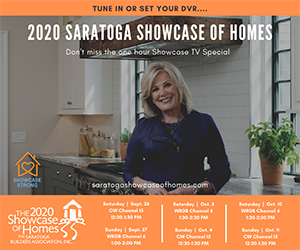