The Future Is Here: Artificial Intelligence Panel Comes to Saratoga 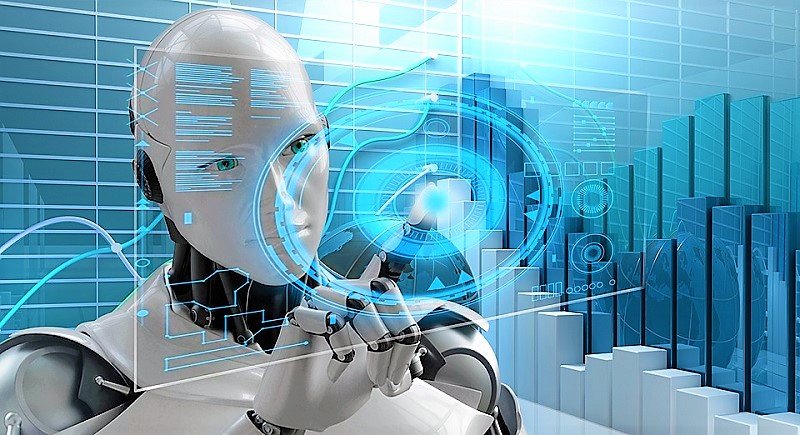 SARATOGA SPRINGS – 5G. AI. Blockchain. The possible eradication of disease and abolishment of poverty. The potential wiping out of your job. So many questions.  A free, city-based “Lunch and Learn” event with a focus on artificial intelligence will take place Thursday, Jan. 24 at the Saratoga Springs City Center.

“The AI Opportunity: Developing an AI Ecosystem in Upstate New York” will include a panel discussion, and a Q & A session: What is artificial intelligence? Why does AI matter? What opportunities does it present locally and regionally?

Panelists will share ideas, experiences, and viewpoints about AI technology, research and development, ethics, and policies and will be moderated by Michele Madigan, city Commissioner of Finance and chair of the Saratoga Springs Smart City Commission.

“This series—on topics such as artificial intelligence, blockchain, innovation, and energy—works to position the region to spur economic development by leveraging applications of emerging technologies to practical business challenges,” Madigan said, in a statement.

Marty Vanags, president of Saratoga County prosperity Partnership, and one of the sponsoring organizations of the event, points to things like the Apple Watch, robot vacuums and Alexa as things inside the home that depict AI is already here.

“On my phone I have The Weather Channel App. Algorithms are generating information and pretty darn accurate information about what the weather is going to be like into the future, from temperatures on an hourly basis to how much and where snow is going to fall,” Vanags says. “I was at a consumer electronics show last week and Samsung has something called The Hub - this giant screen on the refrigerator that organizes your family activities, totally interactive.

Do you watch movies on Netflix? That data is put to use for the next time you want to watch a movie and shows up in recommendations: because you watched THIS movie, try THESE movies. “It may not be an exact fit, but the technology, that algorithm will learn over time,” Vanags says. “Machine learning, which is part of Artificial Intelligence. It keeps re-defining until it really begins to know and understand what it is you like.”

It is anticipated that the deployment of 5G will lead to the mainstreaming of autonomous, or self-driving vehicles.

Asked whether there may be a danger with all the gathering of data that may lead to humans not being exposed to new things, or perhaps other downfalls, Vanags says, “technology needs to have limits and controls, just like anything. It’s an interesting conundrum. We like our technology we like our conveniences and at the same time we don’t want to be felt imposed upon by companies that are using that technology.”

An “Open Letter” penned in 2015 and signed by the likes of Steve Wozniak, co-founder of Apple, the late Stephen Hawking and thousands of others, the importance of focused research to maximize the societal benefit of AI was stressed. “Our AI systems must do what we want them to do,” the Open Letter states. “The potential benefits are huge… the eradication of disease and poverty are not unfathomable. Because of the great potential of AI, it is important to research how to reap its benefits while avoiding potential pitfalls.”

The future impact of AI is also anticipated to cause the elimination of some jobs - taxi drivers and truck drivers as examples among them - when self-driving vehicles become mainstream.

“It’s hard to predict. I’m not predicting this, but some people have predicted that you will go to a restaurant and essentially robots will take your order,” Vanags says. “I don’t know, I think the human element is still important and I like my waiters and waitresses at Cantina, so I don’t see that necessarily,  but there could be applications in AI that predict what I might order, an Artificial Intelligence application that actually generates the food that I’m going to eat, but there are a lot of costs involved and I think that’s well into the future.”

“The AI Opportunity: Developing an AI Ecosystem in Upstate New York,” a Lunch and Learn session of the city partnering with IgniteU NY, will be held noon to 2 p.m. on Thursday, Jan. 24 at the Saratoga City Center. Lunch will be provided. Panelists include Bob Bedard, the President and CEO of the software company deFacto Global, Inc., Dr. Craig Skevington, CEO of managed service provider STEADfast IT, and Colin Garvey, a Ph.D. student at Rensselaer Polytechnic Institute (RPI) specializing in AI risk governance.

The event is free and open to the public, but it is limited to 100 attendees. For more information, GO HERE.