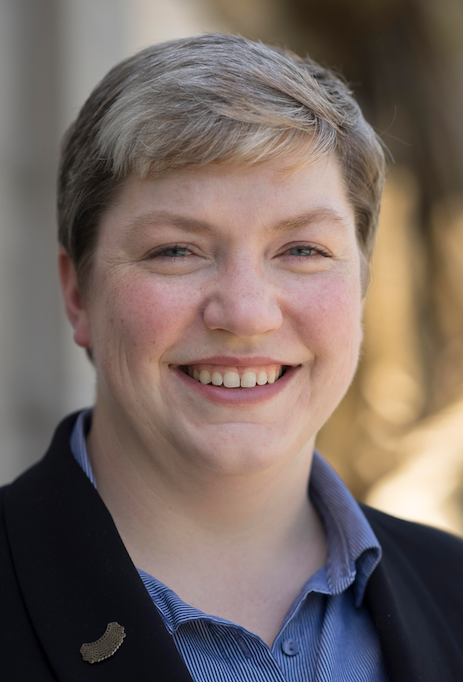 SARATOGA SPRINGS – As Democrats crowded around a projection screen inside The Inn at Saratoga Tuesday night, there were occasional cheers among the supporters of city attorney Tara Gaston. Eventually, they gave way to tight hugs and shouts of joy.

In recent months, Gaston had enlisted the help of her husband, Shafer, a U.S. Navy veteran, to run a campaign for one of two seats representing the city on the Saratoga County Board of Supervisors. It was the couple’s first attempt to enter a political race.

Shortly after 11 p.m. Tuesday, it was clear that Gaston had earned the support of more than 3,800 voters, second only to Supervisor Matthew Veitch’s 4,524 votes. She expressed confidence that result would withstand the tally of more than 700 absentee ballots in the city.

“I’m looking forward to bringing in some new blood and some new ideas” and “moving the board forward,” Gaston said, as the Democrats inside The Inn’s banquet room celebrated her own and multiple other electoral victories.

Gaston and Patricia Friesen were among a slate of 12 women candidates—in races from Milton to Wilton—whose campaigns were highlighted by the recently formed group Saratoga Unites. Three of those candidates achieved electoral success, including Gaston, Mayor-elect Meg Kelly and City Court Judge-elect Francine Vero.

Friesen finished a close third in the city supervisor contest, behind Veitch and Gaston, by earning more than 3,600 votes.

On Oct. 24, during a Saratoga Unites “March to the Polls” forum held in the H. Dutcher Community Room at the Saratoga Springs Public Library, Gaston said her main goal is “putting sunlight on the board of supervisors.”

Gaston told the audience of about 50 people that she supports conducting a thorough review of the $320 million county budget to find out “where to save money.”

Lois Shapiro-Canter, a Saratoga Springs attorney, moderated the Oct. 24 forum. She said the members of Saratoga Unites would aim to endorse “progressive-minded women who want to preserve the rights that have been secured.”

In an email that detailed how many women occupy local offices at present, Shafer Gaston reported that there is only one woman among 23 Saratoga County supervisors.

“Women are tired of always being put in the back seat,” Shapiro-Canter said. “We have a whole new generation of women who are used to the rights they have.”