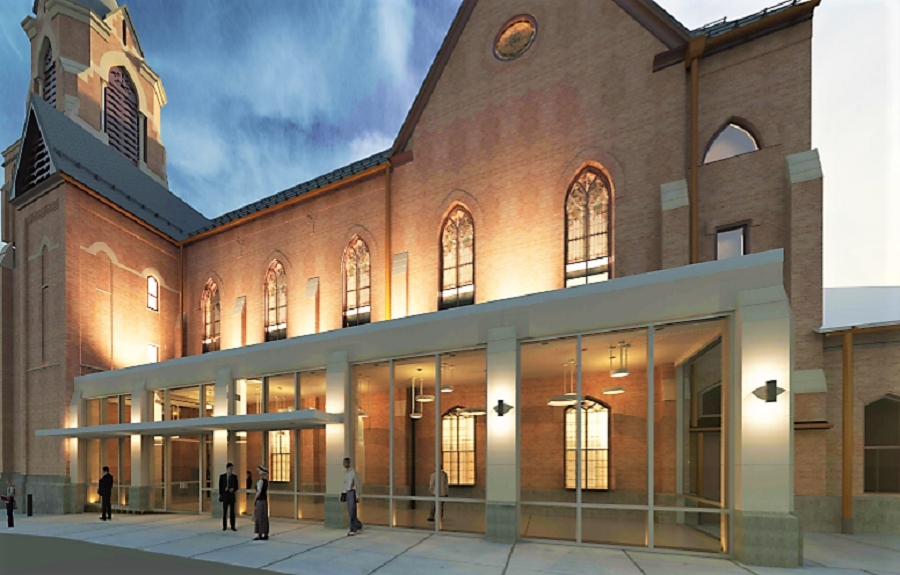 SARATOGA SPRINGS – Architectural renderings were released this week depicting the proposed exterior design of Universal Preservation Hall. Renovation work is expected to get underway at the historic Washington Street building in October, with a grand re-opening anticipated during the first quarter of 2019.

Constructed in 1871, the Victorian Gothic structure has served as a staging ground for everyone from Teddy Roosevelt and Frederick Douglass to Bruce Springsteen E Street Band drummer Max Weinberg.

A century after its construction, the building began to fall into disrepair and in 2000, the city condemned the building. Members of the community rallied to save the structure from demolition. Today, the nonprofit group UPH owns the building and in 2015 got an added boost when it became an affiliate of Proctors. The Schenectady based organization will lend their expertise in securing programming and coordinating ticket sales and marketing,

When it reopens, UPH will provide an acoustically perfect theater-in-the-round experience with a capacity of 700-plus people, said UPH Campaign Director Teddy Foster. The building will feature new heating and air conditioning systems, a kitchen, an elevator and new light and sound fixtures with acoustic treatments.

New entry doors will be set on the building’s Broadway facing-side to provide theater-goers close proximity to a multi-level public parking garage on Woodlawn Avenue and the main room’s flexibility will allow for the relocation of seats as events dictate.

Once completed, it is anticipated UPH will stage approximately 200 events annually, and fill the city’s void of a year-round, mid-sized venue that has been absent since Saratoga’s 5,000-seat Convention Hall went up in a fireball in 1966.