Take Me to the Circus! 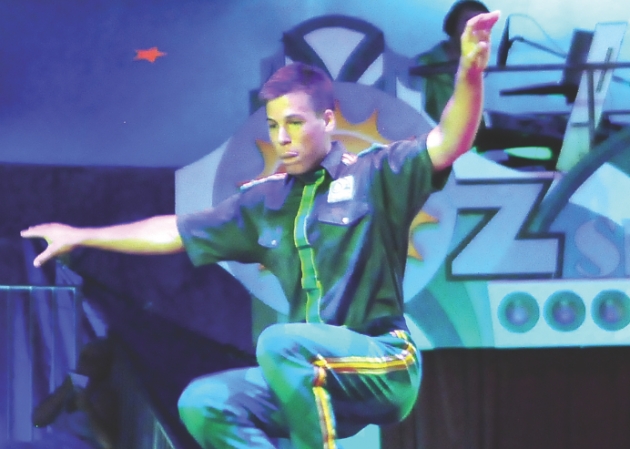 SARATOGA SPRINGS – From acrobatics, juggling, and clowning, summer marks the return of one of Saratoga’s most beloved events – Circus Smirkus.

The award-winning international youth circus is currently in its 27th year and over the last decade, has become a mainstay of Saratoga’s summer entertainment scene. Once again, the Waldorf School of Saratoga Springs will serve as the presenter.

This year’s theme is “Anchors away for Atlantis” and features 30 teen performers from nine different states and Mexico. Circus Smirkus is the only American youth circus to put on a full-season tour under its own big top tent – a European styled 24-meter, 750-seat, one-ring tent.

While the circus is known for offering family entertainment, circus performing runs in one Saratoga family. For the third consecutive year Keenan Wright-Sanson, a 17-year-old upcoming senior at Waldorf, was selected to perform on the summer tour. Keenan’s older brother, Taylor, also toured with Smirkus from 2006 to 2010.

“I’m very proud,” said Keenan’s father, Robert Sanson. “I’m so thankful my boys got to be a part of it. You’re laughing, you’re clapping, there’s a lot of youthful energy in there. There’s not a lot of programs out there like that.”

Keenan specializes in balance acts and slack line and will also show off his clowning abilities. Robert said Keenan spends a lot of time practicing. This past school year, Keenan participated in a student exchange program in Switzerland and trained for five months at a circus school there.

During the course of the seven-week summer tour, troupers learn the ropes of traditional circus life. They spend hours in practice, perform two-hour shows twice a day, and load the show in and out.

“The kids are in the best hands,” said Sanson. “There’s parenting I couldn’t pull off. Keenan works hard, performs with so much joy and has various chores he has to take care of.”

“There’s a huge need for circus performers,” said Sanson. “Cruise ships, Cirque du Soleil, shows in Las Vegas; [Keenan] is really interested in a circus school in Montreal. There’s a premiere school there where you receive a primary education in circus performance and can major in specialties.”

The Big Top will pitch its tent and perform Saturday, July 12 and Sunday, July 13 at the Saratoga Casino and Raceway. Show times are 1 p.m. and 7 p.m. each day. Tickets are available at Crafters Gallery or online at www.Smirkus.org. Proceeds benefit the Waldorf School.

More in this category: « More Than Just Clay, Kids Become Artists Continued Success for Nové Italian Restaurant in Wilton »
back to top