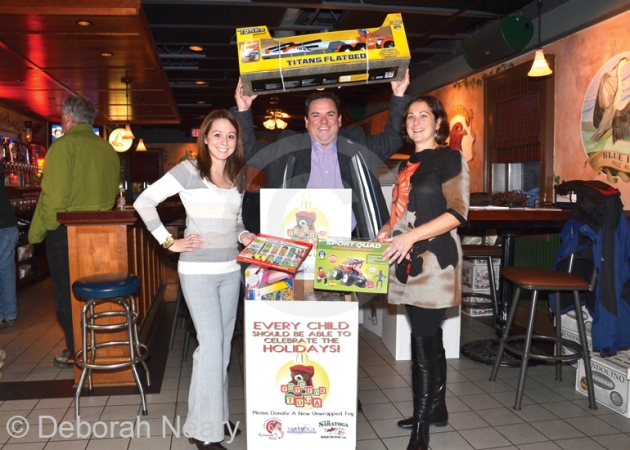 SARATOGA SPRINGS – Think of it as one big weeklong dim sum sampler platter, with 57 choices (as of press time) spread over Saratoga County, and you get the idea.

For foodies, dining enthusiasts and holiday shoppers alike, the (lunch and) dinner bell has rung. Restaurant Week has returned.

As usual, the task is to make a great happening better and one thing worth noting is that the Saratoga Convention and Tourism Bureau has added an important new aspect to the event.  In conjunction with DeCrescente Distributing Company and Olde Saratoga Brewing Company they have initiated the “Toys For Toga” campaign.

During Restaurant Week, you can donate a new and unwrapped toy at any of the participating restaurants.

A complete updated list of participating restaurants can be found throughout Restaurant Week at discoversaratoga.org/restaurantweek.

Restaurants span from Clifton Park through Wilton.  These are the new restaurants that are participating in the ninth edition:

Nanola is worth noting as they just opened last month, so Restaurant Week is a perfect time for them to invite you to sample. Nanola is a New Orleans themed restaurant, specializing in both American and Cajun/Creole fare.

Todd Garofano, Bureau president said, “The change in price structure we implemented last year was overwhelmingly successful. It allowed more restaurants (we had a record 54 restaurants last year) to participate throughout the county which led to more visitors trying them. Saratoga County restaurants truly offer something for everyone this week.”

Whether you discover a new or re-discover an old favorite, Saratoga’s Restaurant Week is always a tasteful signpost on the event calendar. Bon appetit!

More in this category: « Impressions To Host Local Authors and Artists Reception First Night Saratoga 2014 is Quite All Right »
back to top