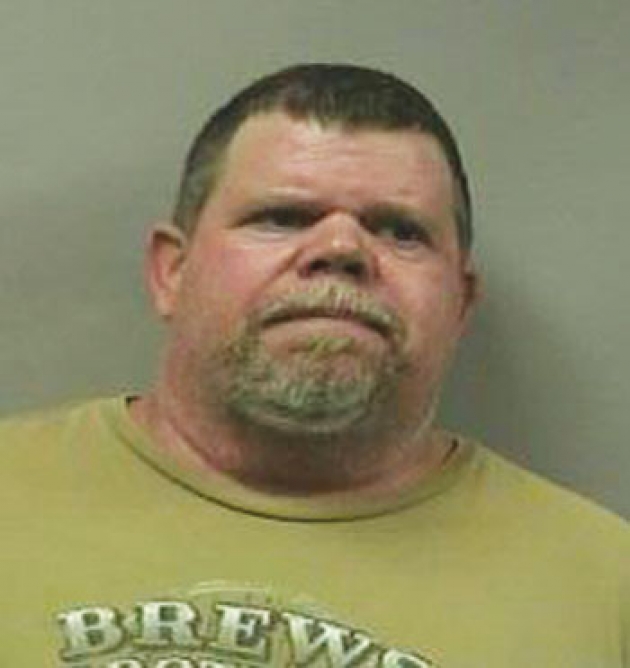 Darin L. Zabor, 47, of 45 Brownstone Court in Gansevoort has been charged with first degree robbery and criminal possession of a weapon for the armed robbery of the drugs from the CVS.

Lt. John Catone of the Saratoga Springs Police Department said that Zabor allegedly entered the CVS around 12:10 a.m. Tuesday morning and spent some time walking around the store and looking at various items. At 12:45 a.m. when no one was at the pharmacy counter, Zabor, who was dressed totally in camouflage, approached the pharmacist and displayed two handguns—a snub nosed revolver and regular handgun—and demanded as much OxyContin and Hydrocodone as the pharmacist could give him. He was given over 4,000 Hydrocodone pills but no OxyContin. He then left the drug store and headed off into an unknown direction.

By 4 a.m., Saratoga Springs police had secured the security video footage from CVS and by Tuesday evening were able to release four photos that ultimately led to his identity.

Lt. Catone said that Zabor left for Boston Wednesday morning with a friend who was traveling for a doctor’s appointment. He added that at this time, it is unknown what Zabor did in the 36 hours before his trip to Boston. While in Boston, Zabor caught a flight from Logan International headed to Florida, but his connecting flight in Albany was cancelled due to inclement weather in the Carolinas.

In the meantime, while Zabor was in the Albany airport waiting to catch his flight to Florida, police were able to arrest him last night without incident. A medical condition caused Zabor to need a doctor, and after receiving treatment at Saratoga Hospital, he was arraigned Thursday afternoon and sent to the Saratoga County Jail in lieu of $100,000 cash or $200,000 bond.

Lt. Catone said the guns were not registered in New York and are believed to be purchased by Zabor in Florida. Both were recovered—one at his residence and another in the rental vehicle his friend was driving. Catone said that Zabor does not have a criminal record in New York, adding that the police do not believe the friend had any involvement or knowledge of the robbery.

While a large quantity of pills were recovered at Zabor’s residence as well as on his person, Lt. Catone said that until the pharmaceutical side of the Drug Enforcement Agency can document exactly how many were recovered they won’t know the number. He estimated the street value of the pills to be around $40,000.

More in this category: « From Fitness to Faith: Growing Church Takes Over Former Gym Concerts In the Park »
back to top