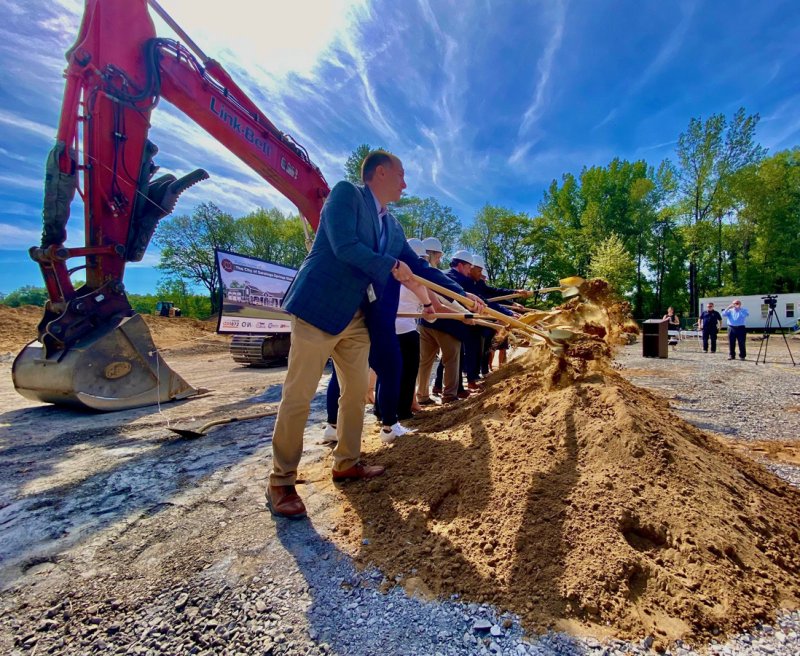 SARATOGA SPRINGS — A generation’s worth of false starts and hard stops, public discourse at City Hall, attempted council negotiations, floated land-swaps and a lawsuit were all tossed like dirt-mottled memories on a shovel’s blade Tuesday morning when local officials staged a ceremonial groundbreaking of the city’s new fire station.

“Today marks a milestone,” city Fire Chief Joseph Dolan told city council members present and past, public safety officials and regional political leaders gathered at the Aug. 16 event on Henning Road.  “It’s been over 20 years in the making – and some would argue it’s been over 30.”

The station – the city’s third – will improve emergency response to the eastern plateau in Saratoga Springs specifically, as well as provide added coverage for the city in general.

Dolan traced the history of the city’s two existing stations - one located in the downtown district and one on the west side. Station 1 was built in the 1930s; Station 2 in the 1970s.  A group of fire-fighting locals first organized as a group of volunteers in 1823, shortly after the then-Village of Saratoga Springs was formed.

“Now here we are in 2022. It shows the growth, the investment the city has in its fire and emergency services and the delivery of service we can improve on by adding this third station,” Dolan said. “We’ve had higher incidences of overlapping calls that require more service, more apparatus, more personnel to provide the quality of service this city deserves. This station is going to improve overall services to the community, as a whole.”

The efforts to develop Station 3 date back several city councils. Dolan who has been chief since 2019, recognized previous chiefs - Robert Cogan (1995-2009) and Robert Williams (2009-2019), among them – as the “predecessors to me who worked very diligently to get this third station going. Thank you, Chiefs, for all the work you did.”

The location of the station provides rapid access to the north-and-south running Northway at exit 14, and the east-west running state Route 29. As such, the station will also house the county hazmat team and include both, vehicle and personnel.

“This is also a place where we’re going to have an emergency operations center. In the event of disaster within the city of Saratoga Springs, key figures will be able to operate in an environment conducive to making good and important decisions to mitigate anything that’s brought to this city – whether it be natural, or man-made,” Dolan said.

Saratoga Fire Station No. 3 will be developed at 16 Henning Road and is anticipated to be operational by late spring 2023.