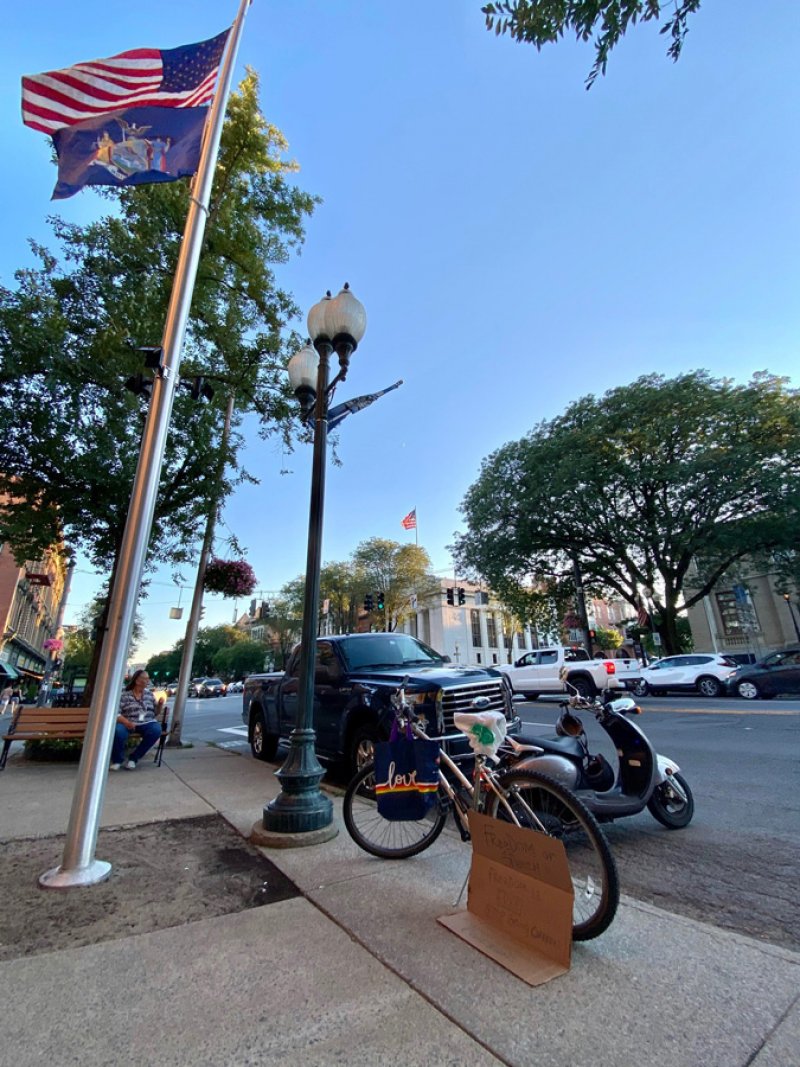 Photo: Outside Saratoga Springs City Hall just prior to the City Council vote on Aug. 2, 2022. Photo by Thomas Dimopoulos.

SARATOGA SPRINGS — A proposed city ordinance aimed at “aggressive” panhandling was narrowly defeated in a 3-2 vote by the City Council on Aug. 2.

The vote followed a 35-minute public hearing – during which 12 citizens voiced opinion about the issue – and a 45-minute discussion among the council.

Council members were in general agreement that the proposal had certain merits – prohibiting solicitation outright near bank entrances or ATMs, or when directed at an occupant of a vehicle while standing on a sidewalk, among them. But concerns were raised over a lack of specific data regarding the measure’s effectiveness in municipalities where it has been in use, such as Rochester, as well as a murky subjectiveness regarding what constitutes the feeling of annoyance on behalf of the one being solicited.

The Rochester law prohibiting aggressive panhandling, upon which the Saratoga Springs measure is based, went into effect in July 2004 with fines ranging from $25 to $250. But in Rochester, that ordinance is rarely used, the council reported.

The simple act of “panhandling” by itself – that is, asking for money – was never an issue in the proposed ordinance; that action alone has repeatedly been ruled as protected by the First Amendment’s free speech provisions in courts across the country.

“For someone to walk up to you on the sidewalk and say, ‘Buddy, can you spare a dime?’ – that’s not violating any law doing that,” Public Safety Commissioner Jim Montagnino said during the council’s Aug. 2 meeting. “If it’s not aggressive solicitation, then it’s not prohibited.”

Asked whether there already are statutes on the books that could be applied, such as harassment, Montagnino clarified differences between harassment and the proposed aggressive solicitation ordinance.

“The harassment statute requires proof of an intent to harass, annoy or alarm another. The aggressive solicitation statute doesn’t have that element in it - the city wouldn’t have to prove that you intended to bother anybody,” he said. Ultimately, that subjectiveness was one of the sticking points that tilted the vote against the proposal.

A modified measure may be revisited in the future.