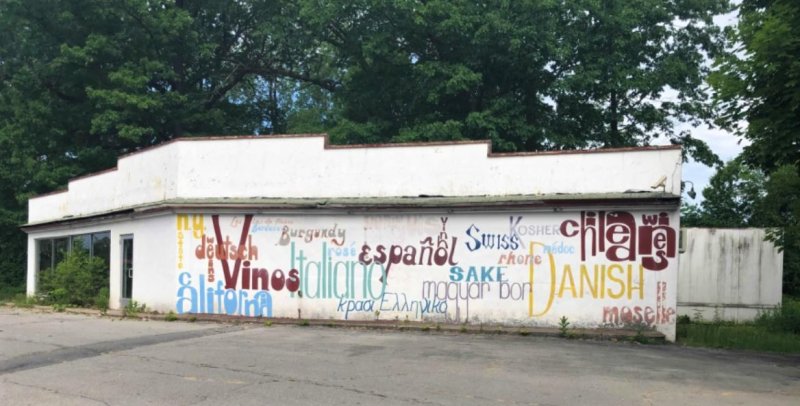 The city’s Land Use Boards are this slated this week to determine the existence of any potential architectural or historic significance of the building that once housed D’Andrea’s Liquor Store on West Avenue, with a potential review of demolishing the structure.

The single-story 2,200 square foot building stands on the northwest corner of Washington Street/Route 29 and West Avenue, and is perhaps most noticeable to passing motorists for its exterior letter design exhibiting Spanish and Greek, Italian, German and other languages in color-filled period script.

It has previously served as a restaurant, and then a liquor store. In the summer of 2016, shortly after the liquor store closed, Faust D’Andrea sold the lot to David Mohr - president of 81 West Realty Inc., who acquired the property for $1.5 million, according to the Albany Business Review.

81 West Realty Inc. is the applicant to the city asking for the architectural/historic review, citing that  the building “has been classified as an ‘unsafe structure.’  We are proposing to demolish this building and clear the lot.”