Loss of A Saratoga Icon 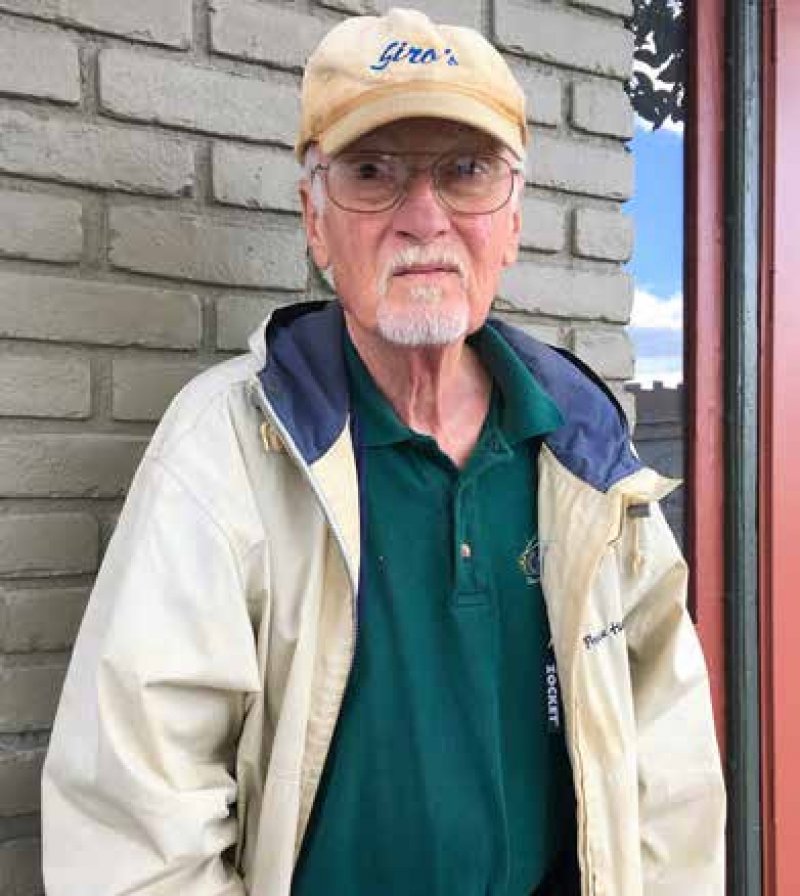 “Hud” Armstrong, posing for a photograph in the city he loved, 2017. Photo by Thomas Dimopoulos.

SARATOGA SPRINGS — Despite that more than a half-century had gone by since he first visited the Spa City, Hud Armstrong could effortlessly recall the first time he laid eyes on the place that would become home.

“It was back in the ‘50s and we were living in South Glens Falls,” he remembered, during a recent sidewalk conversation that took place on Broadway, or Caroline Street, or any one of the number of downtown thoroughfares where Hud shared his stories with anyone who asked. “We would drive down Route 9, turn onto North Broadway where the arterial is, and come right into town. This was back when the Grand Union Hotel was still was there. I remember those huge hotels. And the big mansion that stood right on the corner next to the firehouse,” he said. “I took one look and went…Wow.”

Hudson “Hud” Armstrong, longtime city resident, bartender, illustrator, passed away on May 11. He is survived by his family, including brothers Stuart and Don.

He started drawing at the age of four while listening to the radio because he wanted to see what things looked like. In the 1960s, he celebrated his 21st birthday by completing basic training, then going to see the company commander who would decide his next move.

“He looked over my file and saw I had a background in art. I don’t know what it was about my dossier, but something in there made him think, ‘Hey, this guy will be really good in amphibians!’ So off I went for amphibian training and ended up being sent to Qui Nhon,” he remembered of his time on the Vietnam coast, south of Da Nang.

He returned from a military tour of duty in Vietnam in 1968, settled down in Saratoga Springs and began mixing cocktails at a variety of city taverns, and illustrating a number of works – twin vocations in which he would be involved for all of his days.

Today his work graces the walls of the council’s chambers at City Hall – painted in 1974, the Tin & Lint, and is emblazoned across the annual Chowderfest t-shirts, depicting happy childhood faces and local scenes brought to life. In 2021 he published an art book, “Booker D and the NGs,” culled from his 300 pages of illustrations and accompanying texts he created over a 15-year period. A mural of massive proportions hangs in the lobby of the Mabee Building that depicts contemporary people done up in a 19th century style at the old Saratoga train station. The mural measures 19 feet long and features 237 different Saratogians, and five dogs.

“The city has grown and…there are growing pains, but I have to remind people that a lot of these new buildings they see were built on vacant lots. Houses weren’t torn down. We had a lot of vacant lots,” Hud recalled during one random sidewalk conversation during the summer of 2017.

“When the Tin & Lint opened, I remember sitting in there and having conversations with people who would say, ‘Why would you want to move here? There are so many businesses that are boarded-up. It’s falling down.’ And we said: no, it’s all open. It’s ready to start all over again,” he said. “That’s why I’ve stayed around. And it’s been phenomenal to watch.”

An online fundraiser has been arranged to celebrate the life of Hud Armstrong and to help his family cover funeral expenses. The site may be found at: gofundme.com (and under search: Hud Armstrong). All funds gathered from this campaign will go to Hud’s brother, Don, as he and his family navigate their loss.