Deprecated: Methods with the same name as their class will not be constructors in a future version of PHP; plgK2Disqus_K2 has a deprecated constructor in /home/pya5xs90d91w/public_html/plugins/k2/disqus_k2/disqus_k2.php on line 15 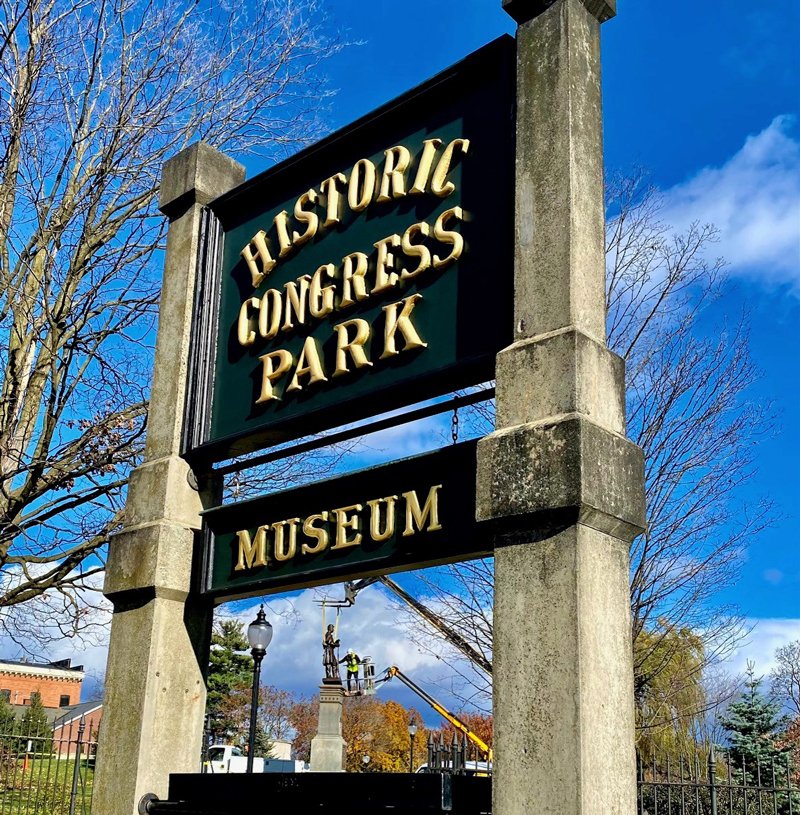 Congress Park Civil War statue re-installed on its base on Nov. 16, 2021. Photo by Thomas Dimopoulos.

SARATOGA SPRINGS — The NY 77th Infantry Regiment monument was re-installed on its base in Congress Park this week.  The base had been vacant since the summer of 2020, when the city says the statue was vandalized.

The 77th Infantry Regiment was mustered in on Nov. 23,1861, and mustered out June 27, 1865, according to the state Military Museum and Veterans Research Center. The companies were principally recruited at Ballston, Saratoga and Wilton.

The piece required significant repairs to the zinc statue, according to a statement issued by the Saratoga Springs Department of Public Works, which coordinated its re-installation.