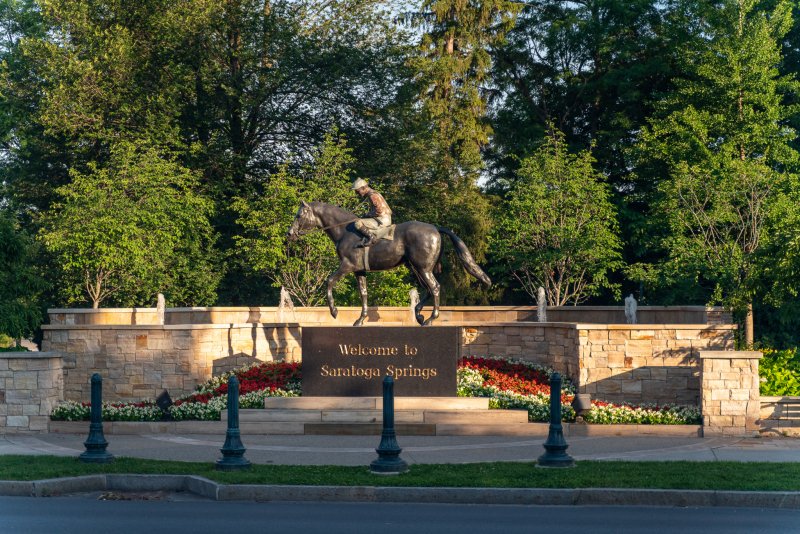 • Cities in New York have until Dec. 31 to opt-out of potentially siting dispensaries, and/or on-site consumption facilities as it relates to a local cannabis industry in their respective communities.

Correlated to alcohol, Dispensaries are akin to a liquor store, while On-Site Consumption is more akin to a bar, explained city Attorney Vince DeLeonardis.

To opt out, a Local Law would need to be adopted and public hearings held in advance of a Local Law, so any move to opt-out would need to be conducted sooner rather than later. Municipalities must opt out to not be a part of the measure moving forward.  If interested in permitting marijuana retailers or social consumption sites, the city need not do anything.

Financial ramifications: a 4% local tax is to be imposed if the city allows the measure to move forward  –3% would come to the city of Saratoga Springs, and 1% would go to the county, DeLeonardis said.

The city is actively requesting the public comment regarding the matter. Comments may be submitted via: This email address is being protected from spambots. You need JavaScript enabled to view it..

Next Move on Civilian Review Board is Up To City Council

Jason Golub, a member of an independent city advisory committee tasked with studying police reform, provided an update regarding the formation of a potential city Civilian Review Board.

Golub had previously served as co-chair of the city’s ad hoc Police Reform Task Force – which had recommended the implementation of a CRB as part of a 50-point plan evaluated by the council earlier this year. The council voted to accept a police reform plan shortly before the state-mandated April 1 deadline, although a handful of the 50 items were removed because the city did not have the authority to implement them, or because they required further evaluation, city attorney Vince DeLeonardis said at that time.

This week, Golub pointed to specific points as being critical to forming a successful board. Those points included securing the support and involvement of police and political leaders, ensuring the board is comprised of credible and impartial members, and setting appropriate funding that would secure budgetary needs over multiple years, as opposed to year-by-year where they may be subject to ever-changing political winds.

Golub also provided a framework for a timeline. He suggested six months be spent in preparation and in advance of hearing any potential cases, as well as using that time to ensure that funding is in place, and setting two years for a pilot program. “To me that would be the next logical step from where we are today.”

Absent of future City Council direction, Golub indicated last Tuesday’s presentation would serve as a final update. The City Council will now need to determine if taking steps to form a CRB is something it wants to move on. The council is scheduled to next meet on Tuesday, Oct. 5.

Council Looks to Future Saratoga Springs as a Bike-Friendly City

• The council unanimously voiced its support for a resolution from the Saratoga Safe Cycling Coalition and presented by Bikeatoga that calls for the city’s continued budgetary funding of future bike lane signage and striping projects.

“As we pass this resolution I want to make the council aware that we want to work with (the department of) Public Safety, Traffic, Complete Streets, and Bikeatoga to come up with some good projects to connect our community with good bike lanes,” said Finance Commissioner Michele Madigan.  Madigan reported there is currently $233,000 available to spend on an “upcoming good, overall Complete Streets project” as well as $100,000 in the mayor’s Capital Budget passed during last month’s council meeting - “so, we’re already looking at $333,000 - which is a fair amount of money to start looking at an engineering plan and scoping out some good bike lines internally for the city.”

City Supervisor Matt Veitch additionally noted there have been multiple talks regarding bike route systems at the County level. “We’ve come up with a proposal to present to the county for bike routes that would be sign-bicycle-routes on county roads connecting various communities,” Veitch said. “There will be at least one road in every single community designated as a bike route, and a few local roads as well that we’re going to hopefully get some of the towns to sign off on and make connections to county roads.” Veitch said the goal is to bring the measure to the county Board of Supervisors for approval in October.

Next Steps for UDO - Public Hearings in October, Vote in November

• A presentation was staged Sept. 21 regarding the proposed city Unified Development Ordinance, or UDO – a tool which aims to streamline the review and approval process as it relates to zoning and subdivision regulations. Public Hearings regarding the UDO, which may be reviewed on the city’s website, are slated to take place during the next two scheduled council meetings Oct. 5 and Oct. 19, with a potential vote to adopt on Nov. 16.

More in this category: « UDO: City Announces the Next Steps Saratoga County Notes »
back to top