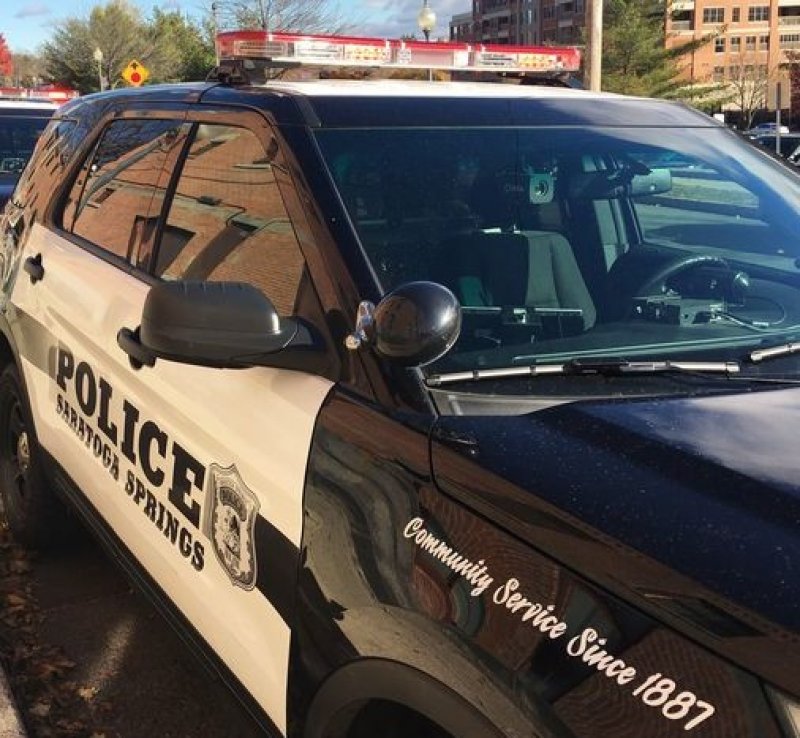 SARATOGA SPRINGS - Four people were charged Tuesday night in connection with protest-related activities that occurred in July, and a fifth person is facing multiple misdemeanor charges following an alleged altercation with an officer, according to a statement released by Saratoga Springs Police Department Wednesday afternoon.

A July 14 protest that started in Congress Park spilled into the streets and interfered with traffic, resulting in motorists stuck inside their vehicles, police said, in a statement.  “This included one motorist who suffered from a heart condition, which was openly shared with protestors blocking his vehicle in. After learning of these added details regarding this protest, Chief (Shane) Crooks ordered that an investigation be conducted and that those identified be charged and held accountable, where appropriate.”

Subsequent to the investigation, arrest warrants were obtained on Aug. 31, and arrests made Sept. 7.  They include: Samira K. Sangare, 23, of Halfmoon, Chandler M. Hickenbottom, 25, of Ballston Spa, and Molly B. Dunn, 44, of Saratoga Springs, each charged with disorderly conduct: obstructing traffic, a violation. Dunn was additionally charged with unlawful imprisonment in the second-degree, a misdemeanor.

Alexis A. Figuereo, 34, of Saratoga Springs, was charged with disorderly conduct violation, and two misdemeanor counts of obstructing governmental administration - the latter charges in connection with Figuereo’s alleged disruption of Saratoga Springs City Council meetings on July 6 and July 20, according to police.

Police said the charges from July 14 allege “the protestors not only obstructed traffic, but by doing so they prohibited the movements of those on Broadway by Phila Street for many minutes. One of these people was the individual with the medical condition noted above.”

According to court documents, a voluntary witness whose name was redacted in court records provided police with a statement dated Aug. 12 that read, in part, that the July 14 protest resulted in halting vehicle traffic. “They had the traffic stopped for about 15 minutes before they let the cars go. At one point while I was stopped, one of the protesters thanked me for waiting…I have never been in a situation like that. I was surprised it was happening in Saratoga.”

Gabrielle C. Elliot, 27, of Ballston Spa, was charged Sept. 7 with attempted assault, resisting arrest, and endangering the welfare of a child. All three charges are misdemeanors.

While officers were affecting warrant arrests Tuesday night, Elliot is accused of throwing and striking a uniformed officer with a full water bottle who was involved in the arrests. When informed she was under arrest, Elliot refused to comply and pulled away from officers, according to police, and grabbed on to the stroller where her small child was seated until she was taken into custody. Police said “the child was fine and sent with another family member at the scene.”

“The Saratoga Springs Police Department recognizes the right to peacefully and lawfully protest but many of the acts committed on July 14 are not only unlawful acts, but they placed the protestors and the public in harm’s way,” Chief Crooks said, in a statement.

The investigation of the events of July 14 is ongoing and additional arrests are likely. Police ask anyone with information regarding unlawful acts committed during the protest contact them at: 518-584-1800 or 518-584-TIPS.

The Saratoga Springs Police Department was assisted by the Saratoga County Sheriff’s Office and the New York State Police.

More in this category: « Assemblywoman Woerner: Landlords Should Not Be Punished Never Forget: Remembering 9/11 20 Years Later »
back to top