Saratoga Greenbelt Trail Map Update, as provided to the City Council this week.

In trail-related news, the Capital District Transportation Committee (CDTC) is initiating a program to support a feasibility study to develop new multi-use trails in the Capital Region, the city announced this week. The new program is designed to implement the Capital District Trails Plan, which was released in 2019. The plan outlines a vision for developing a 300-mile regional trail network. The Saratoga Greenbelt Trail was included in this plan.

This network is part of the region’s long-range transportation plan, New Visions 2040. CDTC has set an ambitious goal of constructing 10 miles of trail per year in order to develop this seamless, connected network by 2040.

The Capital District Trail System attracts about 1.7 million visits annually. The implementation of the Trails Plan is projected to attract an additional 1.1 million visits and could remove 17,4900 peak-hour vehicle trips. A 300-mile network would have an impact of $48.9 million per year in total economic activity in the region, according to the CDTC.

Login to post comments
More in this category: « Got Change? Coin Shortage Hits Home All-Sources Handle for Opening Weekend at Saratoga Increases by More Than 9% Over 2019 »
back to top 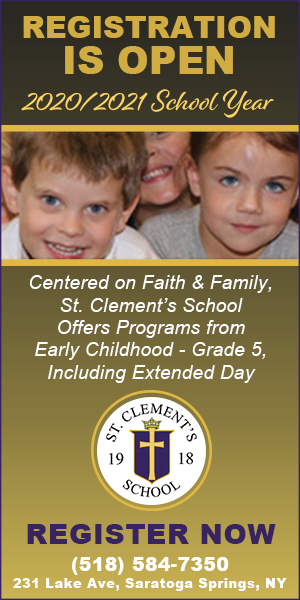