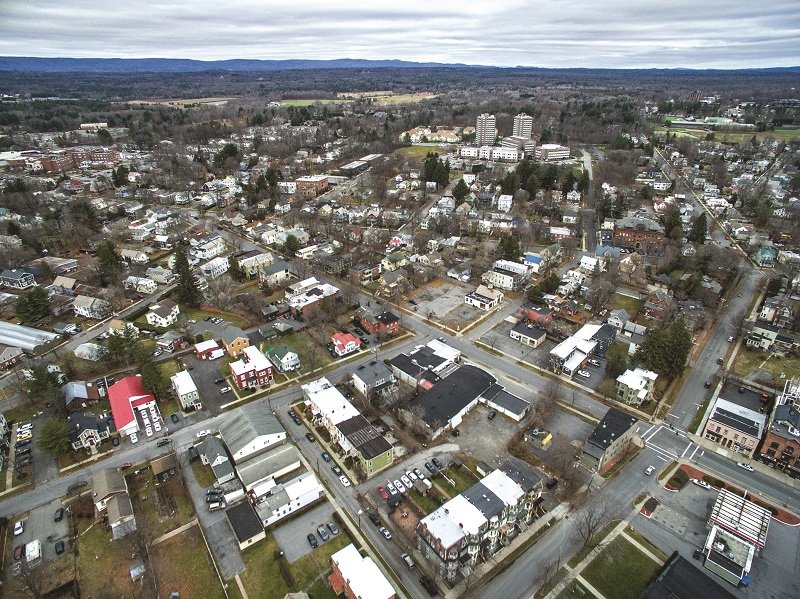 SARATOGA SPRINGS — An increasingly dangerous sign of the coronavirus lockdown has come to light in recent weeks in communities across the country where there is a marked increase of people delaying seeking care when they are sick or hurt.

The issue has grown from a reluctance of people willing to go to hospitals or urgent care facilities for fear of contracting the COVID-19 virus.

Last week, the Washington Post reported on the international phenomenon of the pandemic producing a silent sub-epidemic of people who need care at hospitals but are frightened to go to the ER. Titled “Patients with heart attacks, strokes and even appendicitis vanish from hospitals,” the article described how people with everything from inflamed appendixes to those suffering chest pains and stroke symptoms were avoiding seeking medical treatment out of fear of physically seeking care, resulting in illness and mortality concerns among the medical community. This has also played out on the local stage.

“If you’re having a medical problem that concerns you and goes beyond what a physician in their office can manage then you should really come to the emergency department, or Urgent Care and let us take care of you. People should not wait until things can go very bad for them,” says Dr. Timothy Brooks, chair of the Department of Emergency Medicine at Saratoga Hospital.

“Since this started, we’ve watched our volume drop off 40 to 50 %. The number of people who would normally come in by ambulance or by foot have disappeared. Our perception is that people are terrified about coming in because they have the belief they could catch COVID-19.

“This drop in volume really concerns us, because the disease progression that people have for all the other medical problems continues on, and what we’re seeing is people waiting far too long to come in. Instead of having a problem that might require a brief hospitalization, they are critically ill and end up on a ventilator in the ICU. And that’s happened multiple times,” says Dr. Brooks, who was born in Detroit, studied at medical school at the University of Michigan and relocated to Saratoga Springs in the late 1980s

Saratoga Hospital assures that precautions are in place to take care of all patients, and everyone admitted to the hospital is tested for COVID-19. “At the hospital and at Urgent Care – we have mechanisms in place to keep people separated and to take care of them safely. There’s not a single person in the building where we don’t know their status relative to being covid-positive or covid-negative. That way we can separate people out with COVID-19 infections,” Dr. Brooks says. “They are isolated on a separate floor and are taken care of by specific nurses, and other parts of the hospitals do not have those types of patients. Once a patient leaves our department, their room is completely sanitized with the appropriate cleaners and virus-cides.”

Inside the hospital, the work goes on. “The day has changed in the sense that when you approach patients who may be infectious it takes a little more time and preparation before you go into each room, as well as when you leave that room,” Dr. Brooks says. “I have to say I am so proud of the staff in this emergency department. Everybody stepped up to the line.”

Regardless of when an un-pausing or reopening occurs, Brooks says until a vaccine is introduced, he anticipates the virus will circulate among the population, and that the hospital is prepared to deal with ongoing public issues.

As for hospital occupancy, there is ample space for people to address issues both in the emergency room and the rest of the hospital. This week, Gov. Cuomo announced he will sign an Executive Order allowing some hospitals – Saratoga Hospital among them – to resume conducting elective surgeries, a practice which he had ordered halted in March as the virus was spreading across the state.

Saratoga Hospital currently describes three working criteria for beginning what is broadly termed “elective” surgery. The procedures are defined as: medically necessary, time-sensitive surgeries for patients with significant symptoms or serious illness, and a predicted negative health impact without the surgery.

“Cases that needed to be done and should be done, we’re in the process of bringing those back and getting them going. We’re still holding off on some areas that I would call discretionary – cosmetic plastic surgery is a good example,” says Saratoga Hospital President and CEO Angelo Calbone. “People who are in pain, conditions that may worsen if we don’t get to them. This is work that needs to be done.”

Approximately 3,000 people work under the Saratoga Hospital banner. At the hospital, there are approximately 170 licensed beds.

“This has been a learn-as-you-go situation. We know how to run a hospital. We know how to respond to emergencies. This has been a new struggle challenge for all of us. I can tell you the staff here have been beyond remarkable, gearing up, understanding the new protocols. They’ve done a wonderful job,” Calbone says. “Frankly what has been a challenge has been the lack of testing materials, getting access to personal protective equipment for our staff and the bottleneck supply chain that emerged. That really threw a wrench into every institution’s ability to respond to this. But how our staff managed COVID in the building isn’t that different to how they managed every infectious disease. I think the entire industry was startled as to short supplies and access to supplies and how limited testing was at the time we needed it most. That’s what made this unusually challenging.

“We have had our heads down, seven days a week, making sure this hospital is well-positioned and capable of taking care of the community. Hospitals and health care providers are very used to taking care of infectious diseases – we know how to do that. And we’ve taken great strides making this a very safe environment. We’re confident and comfortable saying to our entire community: if you need to access health care, this is as safe of an environment as you will enter anywhere in the community. Being afraid to come in, isn’t a good reason to avoid care,” Calbone says.

“We get concerned when we see patients end up in our ER with conditions that have worsened and potentially even threatened their lives that could easily have been managed if they sought care – as they would have – three months ago. That’s a message we’re been trying to get out there.”

More in this category: « HRCCU and Corinth CSD Partner with the Regional Food Bank of Northeastern NY to Host a Drive-Thru Food Pantry COVID-19 Regional Roundup This Week »
back to top