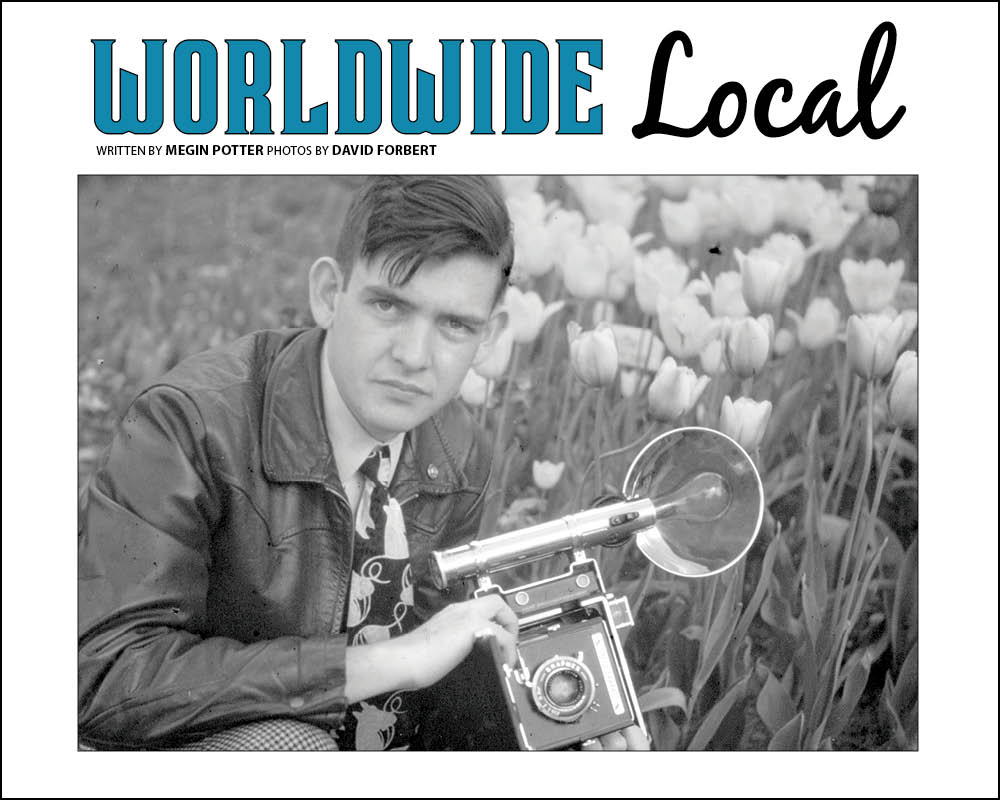 At a time when color photography was still rare, David Forbert traveled the world, capturing what he saw through his lens, and sharing it with millions.

At age 12, Forbert won his first photography competition with a picture of a flower from his mother’s garden. He was 17 in World War II, volunteered with the Navy, was sent to a Pensacola, Florida photo school, and went on to the South Pacific. After being discharged, he continued his education before getting a job in 1947 that would change his life - working as a staff photographer with the best-selling consumer magazine, Reader’s Digest.

The Life of a Travel Photographer

For the next 15 years, Forbert circled the globe, shooting more than 1,000 covers for Reader’s Digest’s 30 foreign editions.

“I had to get so many pictures that I had to work fast. I was always looking for a picture everywhere I’d go. I went around the world, I don’t know how many times,” he said.

Photography in the 1950’s was very different than it is today. Forbert lugged around so much stuff that customs often stopped him to investigate.

Using a Linhof 4x5” camera and Ektachrome film, he’d travel with thousands of flashbulbs and spend his days viewing tiny images upside-down under a focusing cloth.

“The film speed was the worst thing. (ASA 10, compared to today 1000’s roll.) You cannot move or shoot candidly. You had to have people be absolutely still because it was such a long exposure,” he said.

Through an International Lens

The format and subject matter depicted on Reader’s Digest covers required that Forbert’s photos be visually appealing from the front (which included a table of contents panel), from the back, and once opened.

The images must also show everyday life and places familiar to the residents of each country, not a glamorized version from an American’s point of view.

“People in that country did not necessarily want to see the same things in a picture that tourists did,” said Forbert’s wife, Amy.

Working at the magazine’s art department, she and their two children would excitedly anticipate Dave’s arrival back home from his travels.

“I loved it. It was so nice seeing places in his photographs that I’d never been,” she said.

The Best Advice He Didn’t Take

In 1961, Reader’s Digest switched to using artwork on their covers. Forbert worked freelance until he and a partner opened the Image International stock photography agency in New York City.

They would come to represent more than 300 photographers, selling images to top clients. During this period, Dave continued his freelancing working for such clients including Pfizer, Goodyear, Texaco, American Express, and others.

In addition to their commercial use, Forbert’s photographs were exhibited by major museums around the world including the Metropolitan Museum of Art.

In 2004, the Forberts moved to Saratoga, where David’s photography has continued to evolve. Early in his career Edward Steichen, Photo Dept. Director at the NY Museum of Modern Art, advised Forbert to take the pictures he wanted to take and not worry about if they would sell.

“He said, ‘You’ve got talent – shoot what you want.’ I ignored that, fortunately, or I wouldn’t have had a career. Now that I’m retired, I do that,” said Forbert.

A Priceless Moment in Time

“I like the digital, you can see the images immediately – it’s great! I don’t miss the darkroom at all,” he said.

While it seems like everyone is a photographer today, and getting paid for it is harder than ever, the Forberts agree that you should spend your life doing what makes you happy.

“It really pays to keep going and doing what you love. It’s really important,” said Amy.

More in this category: « Saratoga Springs Announces Establishment of COVID-19 Task Force High-Fiving the Summit: Reaping the Benefits of Family Hiking »
back to top