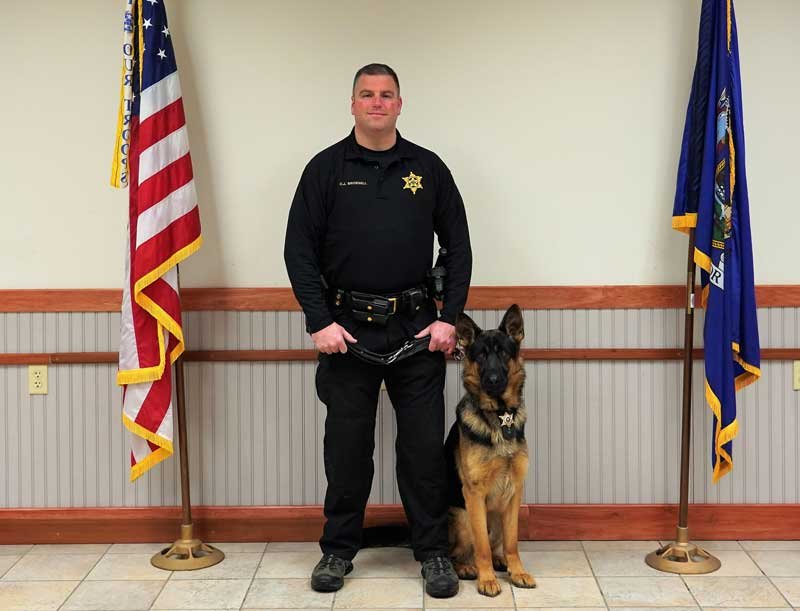 Of the six new canines, four will be replacing existing canines that have moved on to retirement. All the retiring canines will remain with their handlers and their families in retirement. Two of the new canines are assigned to handlers who are new to the K9 Unit.

They are: Deputy Nic Denno and Canine Taylor. Deputy Nic Denno will officially retire his partner Canine Jagger and will be teamed up with a one-year-old German Shepard named Taylor. Canine Taylor has been named after PFC David "Taylor" Miller from the Town of Wilton. Miller died in combat on June 21, 2010, in Lar Sholtan Village, Afghanistan supporting Operation Enduring Freedom. Canine Taylor and Deputy Denno will serve as a Narcotics Detection and Patrol/Tracking team assigned to the road patrol.

Deputy Brownell & Canine Johnny Deputy C.J. Brownell will officially retire his partner Canine Lee and will be teamed up with a one-year-old German Shepard named Johnny.

More in this category: « Tonko Named 2020 ‘Champion of Science’ Skidmore College's Survey to Develop Trail From Moreau Lake State Park to the Saratoga Greenbelt Trail »
back to top