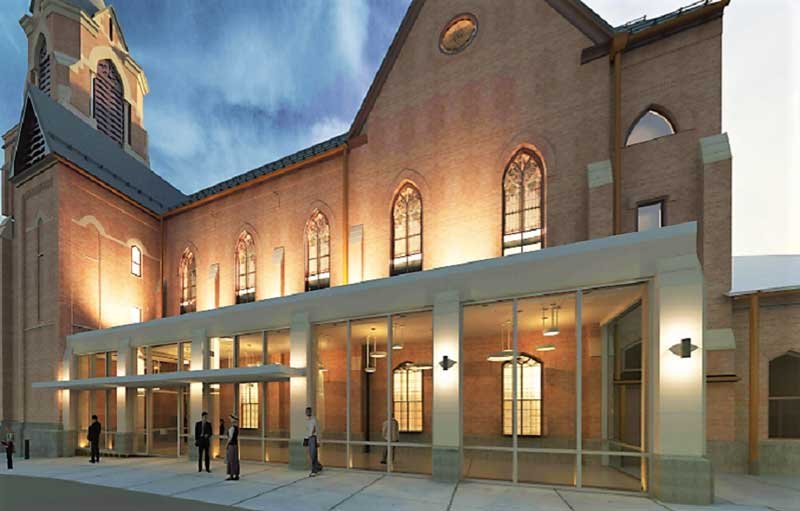 Following a multi-million-dollar renovation to transform the 19th century hall into a flourishing 700-plus seat performance space, UPH also looks to fill a half-century-long need in Saratoga Springs.  The city’s downtown district has lacked a year-round, mid-sized venue since the 5,000-seat Convention Hall on Broadway was destroyed by fire in 1966.

UPH was built in 1871 and served as a Methodist church and a gathering place. Teddy Roosevelt, Frederick Douglass and William Howard Taft to Bruce Springsteen and the E Street Band drummer Max Weinberg have each taken a turn atop the main stage during the building’s 146-year history.

A century after its construction, the Victorian Gothic structure on Washington Street began to fall into disrepair and the church sat empty for several years. In 2000, the city condemned the building and members of the community rallied to save the structure from demolition. In 2015, UPH got an added boost when it became an affiliate of Proctors.

Proctors CEO Phillip Morris says he envisions UPH as a welcoming place to gather, and as a cultural heart of the city. After the Saratoga Springs venue reopens with its 45-foot-tall ceilings, bell tower and walnut and ash staircases that feed into the main hall, it is anticipated it will stage 200 or so annual events.

Tickets are available by phone at 518-346-6204, online at universalpreservationhall.org and in person at the Box Office at Proctors, 432 State St., Schenectady.

Tickets to the following shows are now on sale: