The Death of Gideon Putnam 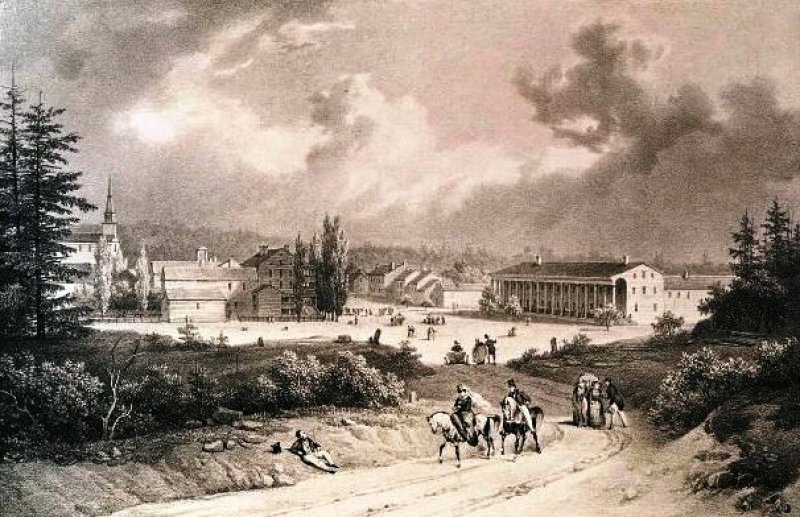 December 1, 1812 was the date on which the founding father of Saratoga Springs, Gideon Putnam, died.

Gideon and his wife Doanda Putnam were probably the most influential couple in the formation of our great city. Gideon was originally from Sutton, Massachusetts, while Doanda was from Connecticut. Shortly after their marriage in 1787, the two began to strike out for a new beginning in Vermont and then on to the Saratoga Lake area. None of those locations worked for them until they moved to Saratoga Springs in 1789 and it all seemed to fit.

Gideon and Doanda came to the Saratoga Springs area and found a region with vast pine forests. Gideon realized that those trees could be turned into lumber to feed the need for building materials in this new developing village. Gideon began to also realize that the naturally occurring mineral springs would be a draw for large numbers of summer visitors, but the area lacked the required accommodations to support these tourists.

In 1802 the Putnams are credited with building the first hotel in the village, called Putnam’s Tavern and Boarding House. Located on Broadway, a few steps away from the Congress Spring, the hotel was an immediate success with visitors coming to the springs. The Putnams offered comfortable accommodations, good food and drink for their guests. Putnam made improvements to the Congress Spring and then later to the Columbia Spring, for easier use by those looking for a cure for their ailments by taking the waters. Gideon’s success in business was shared with the young village as he donated land for a cemetery, church and school to help plan for a great future community.

Gideon felt so strongly about the efficacy of the waters that he published a set of guidelines for the “Proper use of the springs.” He set forth clear rules that were intended to not pollute the springs as well as making the water forever free at the spring. This simple rule of free water at the spring set the tone for this rapidly developing resort destination. Owners of the mineral springs could not charge to drink at the spring and therefore could only make money by offering baths and bottling the waters for widespread distribution. In time Saratoga Springs would become the number one tourist destination in the United States during the 1800’s.

Putnam’s Tavern and Boarding House was such a success that Gideon and Doanda bought more land and began laying out many of our streets including our beautiful Broadway and adding to the size of their boarding house. By 1811 the Putnams realized that it would be a logical plan to build another hotel across the street, also on Broadway. As construction started, they decided to name the new hotel Congress Hall, after the Congress Spring. By this time the spring, a short walk away, was so famous with visitors that he thought this would help in future promotions for the hotel.

During construction of the Congress Hall, Gideon fell from the north end of the piazza and was severely injured. Gideon lingered for many months and eventually succumbed to those injuries on December 1, 1812. Even though Gideon had passed, his wife and family continued to run their businesses as well as their hotels for many years until 1864. Gideon may have died in 1812 but his idea to allow for free mineral water at the springs and plan for a successful resort city still continues today as Saratoga Springs attracts thousands of visitors a year and our mineral springs continue to be free every day.

Charlie Kuenzel taught at Saratoga High School for 36 years and was co-owner of Saratoga Tours LLC for 19 years. Author, lecturer and currently President of Saratoga Springs History Museum, Charlie loves Saratoga History and can be reached at This email address is being protected from spambots. You need JavaScript enabled to view it.

More in this category: « Birth of the Boy Scouts - 110 Years Old this Month Major Calvin W. Preston of Galway: Soldier & Hurricane Survivor »
back to top